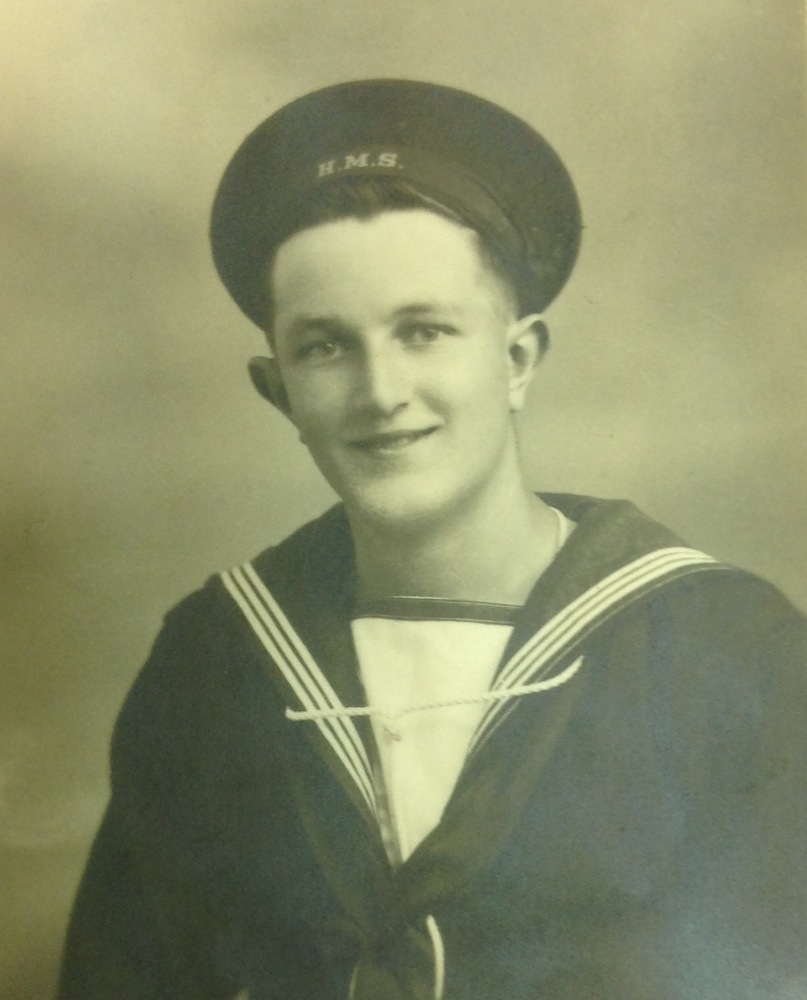 I enclose brief information of my father: Clarence Edward Brenchley, who served on H.M.S. Diadem from 1943 to 1946 and was present on 9 convoys to Russia. Also was on board for the D Day Invasion. He was part of the Anti Aircraft gun crew. I believe they called them “Pom Pom” guns. They apparently nicknamed them PIP, SQUEAK and WILFRED. He manned PIP. He was called up aged 18 years old in 1943, did his training at HMS Collingwood, Near Portsmouth, then joined Diadem at Hebben.

I enclose a photo of the presentation. Diadem in Copenhagen after the war and Clarry in 1943.