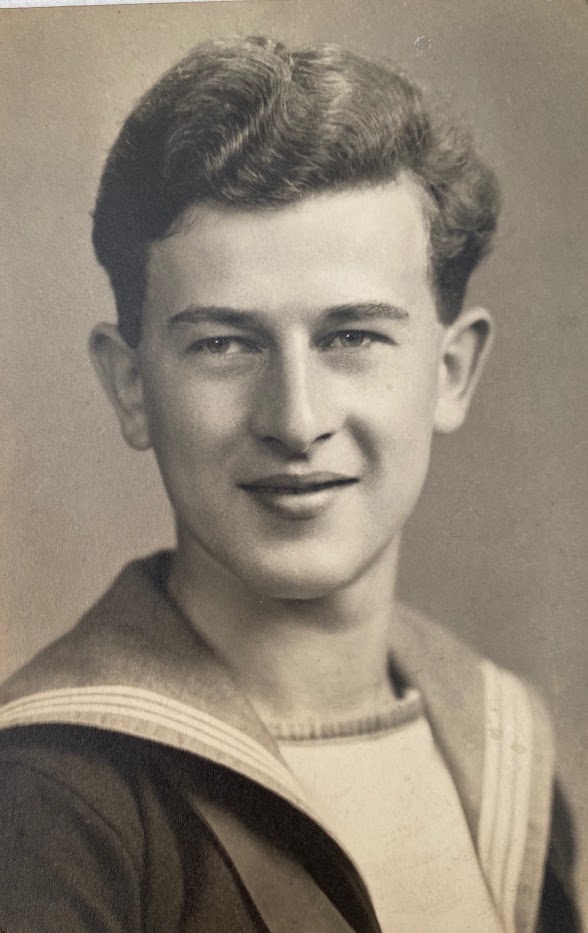 My father, Donald Griffiths, joined the Royal Navy in October 1942 at the age of 18.

He served first on HMS Broadway which was part of the escort to Western Mediterranean and North Atlantic Convoys.  He was then on HMS Magpie from August 1943 – March 1946

Primarily the duties of HMS Magpie lay in the North Atlantic and the ship played a major role in the Battle of the Atlantic. In 1944, Magpie was assigned a new role and left the 2nd Support Group to join the Arctic Convoy support group.

After Germany invaded the Soviet Union on 22 June 1941, Soviet leader Stalin demanded help, and the western Allies provided supplies.  The most direct route was by sea, around northern Norway to the Soviet ports of Murmansk and Arkhangelsk. The route was very dangerous, especially in winter when the ice spread further south.

As seems to be common with so many veterans, our father spoke very little about his time in the navy. He died when he was 48 and we were teenagers at the time and had few conversations with him about his early life. It is often in later life we become interested in our parent’s lives.

Don spoke of the freezing conditions on board ship and how he always looked forward to his hot chocolate. We now understand that temperatures were so low that water washed on board, quickly froze, and the fear was that it could add so much weight the ship could become top-heavy and capsize.

As children we remember our father watching many of the hundreds of films that were made during the 1950s and 1960s about the war.  Many a Sunday afternoon would be spent with us all watching these films. They would regularly bring him to tears. Maybe this was some sort of therapy for him.

Some of the films I particularly remember:

The Cruel Sea – The battle of the Atlantic

The Colditz Story – British, Dutch and French POWs in escaping from prison