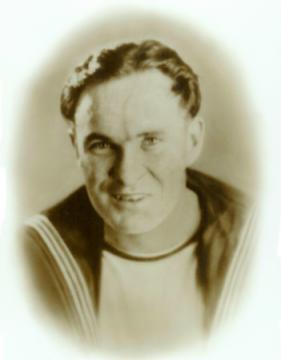 Then in 1942 he and his ship was put onto the urgent Malta Convoy, code named Operation Pedestal, to save Malta. Sadly, my Uncle was one of the many young brave men who was killed during Operation Pedestal on August 12th 1942 when his ship was torpedoed. He was just 27 years old and left behind a young widow of 26 and four young children as well as a mother and father who had lost their only son, and two sisters who had lost a brother. It always haunted my mother, she could never talk about her brother without crying her heart out.

From my aspect it is the terrible price of war that ripples through the generations of a family. I was born in 1964 so I never experienced the war nor sadly was I able to know my Uncle Teddy. However I proudly display a photo of him on my wall at home and try to pass on his memory as much as possible. I will never forget all those who gave so much for our freedom today.

When I found your website I wanted to write and over the years I have spent so much time trying to find out as much as possible about my Uncle and where he served in the Navy. Included with this email is a picture of him as well as a magazine I have from 1943 which has some very interesting information about the Arctic Convoys.