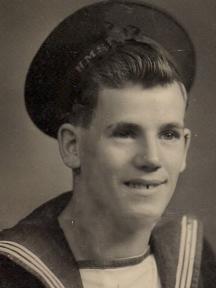 My Father Frederick Cheasley served on the Swift from October 1943 to June 1944 under the command of Captain John Gower R.N.

He was a stoker on the ship which he joined at Scapa Flow and sailed to the Kola inlet on the Russian convoys.

After the convoys he returned to Scapa Flow and carried out various sea trials before sailing to Normandy.

My Father remembers being on the stokers deck when the ship detonated the mine which resulted in the sinking of the ship.