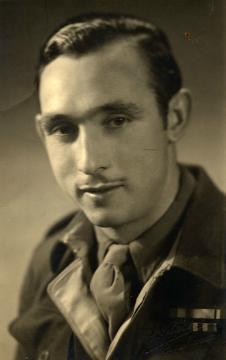 He was a gunner in the RAMR and was in the Atlantic, Mediterranean and Indian Ocean convoys, but never the Arctic. I have his war medals, ships history and other items that I would like the information to be recorded some where. He was also on board the last ship in the Mediterranean to have been lost to a u-boat (Fort Missanabie pictured left)

One of the ships my dad talked about was the Marika Protopapa, a Greek tramp ship. It was so slow going across the Atlantic that the convoy threatened to leave it behind as it was slowing them down and making them more susceptible to U-boat attack.

Dad joined the ship at in Hull on 6 September 1941 and it shows it being in Loch Ewe 29 September -1 October 1941. He said he remembered it being attached by aircraft and then going to Glasgow for repairs.

They then went on to, Three Rivers, Montreal; Bermuda; St Lucia; Pernambuco (Brazil); Cape Town; Durban; Aden; Suez; Port Said; Haifa and Cyprus. Some of the ship’s crew refused to carry on working in Bermuda and dad and his mate were paid extra to shovel the coal.

The water in the St Lawrence had entered the hold and when they reached Haifa the goods they were delivering had become rock hard and they had to go to Cyprus for more repairs.

Dad left the ship in August 1942 and then went on the Queen Mary, taking troops back to New York and then after the North African Landings on the Straithaird.

Note from ELizabeth Miles (RACP Secretary) : The RAMR (regiment) was specifically instigated to protect defensively equipped merchant ships and several Veterans from the Atlantic Fleet who sailed to Halifax, Nova Scotia have been in touch with the museum project.