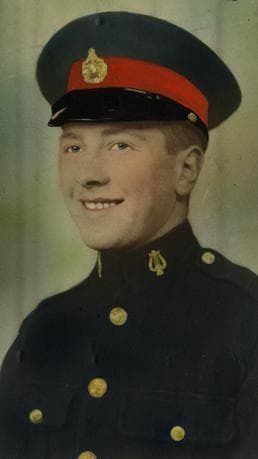 Royal Marine on Arctic Convoys. Gordon Cowley was just 18 and a Salvation Army musician, when he volunteered to join the Royal Marines Band. At sea, bandsmen operated fire control and communications systems deep within a ship. He was in this location when his ship, HMS Edinburgh, was sunk on its return from Russia, carrying Soviet gold to pay for weapons. Gordon was lucky to be able to escape from the stricken ship into the freezing Baltic air above, wearing just shorts and a t-shirt.