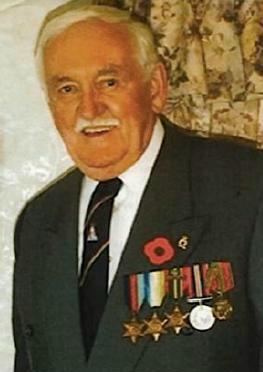 After Harry sat for his 2nd Engineer’s ticket, he joined the next ship out of Hartlepool, which was the Empire Nigel taking stone ballast to the States. The Empire ships were a series of ships in the service of the British Government. Their names were all prefixed with ‘Empire’. Mostly they were used during World War II by the Ministry of War Transport, who owned the ships but contracted out their management to various shipping lines.

Empire Nigel was a 7,067 GRT cargo ship which was built by William Gray & Co Ltd, West Hartlepool. Launched on 20 July 1943. (source:http://en.wikipedia.org/wiki/Empire_ship). The Empire Nigel went into the River Tees. Harry went home for the Sunday. On Monday morning the Dockers took out the stone ballast and re-loaded with munitions including cordite to take to Russia.

Harry didn’t tell his parents, but Jack Appleton (Aunt Mary’s husband) was a collier working in the area and he told Frank (Harry’s father). Frank was on his way to work when Harry left. Instead of going to work he went to the railway line and watched and waved as Harry went past on the train.

The ship was number 13 (1st column, 3rd ship back). There were steel plates over the wooden hatches because they were carrying munitions. They went to Molotovsk (now Severodvinsk) near Archangel. From Molotovsk they went up the White Sea to join a convoy. They set sail and the weather was vile. It was dark 24 hours a day.

The German battle ship Scharnhorst came from Norway. Harry’s convoy had its escort taken away and they were sent north into the ice fringe. The Scharnhorst was only 37 miles from them. As she turned south, the home fleet, and HMS Duke of York sunk her ‘in exceptionally heavy weather’.

“On Christmas day 1943, Scharnhorst and several destroyers put to sea to attack a convoy northwest of Norway. Unfortunately for the Germans, their orders were decoded by the British, who sent a superior force to intercept. The Royal Navy cruisers Belfast, Norfolk and Sheffield effectively kept Scharnhorst away from the convoy until the reinforcements arrived. Realizing the futility of their mission, the Germans attempted to return to their base, but Scharnhorst was cut off by the British battleship Duke of York and her escorting cruisers and destroyers. In a three-hour battle in the frigid Arctic seas, the German battleship was battered by gunfire and sunk by torpedoes.” (Source: http://www.history.navy.mil/)

Harry sailed on to Loch Ewe, on the west coast of Scotland, then to Manchester through the Manchester Ship Canal. When he got to Manchester he went to the Palace Theatre with two friends. When he was waiting in the queue, a woman talked to them and gave them her three tickets for the front circle. Later they went to the mess room and were playing darts when they found out they were going back to Russia. There were armaments on the lower deck and huge crates on the ship deck. They were carrying a mobile power station, built in Wolverhampton, which was going to Stalingrad. They took the power station to Molotov through the White Sea. It took five days because the sea was frozen.

When the power station had been unloaded the Russians decided to keep the ship and the men were put on a train. They slept on flat, wooden boards and had no blankets. They had to boil their water, and when they were allowed off the train they were under armed guard. The journey took five and a half days, going south and then up to the Finnish frontier. Here he joined a rescue ship to Glasgow and slept on the deck. Harry then travelled by train (sleeping at Sunderland Station for six hours) before eventually arriving home.