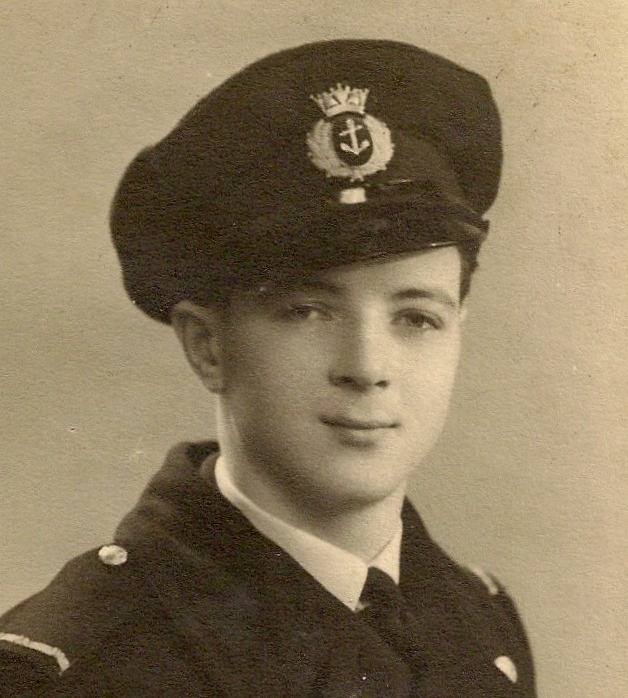 Ian Highet was born in Kilmarnock, Scotland, on 9 December 1924 (his first name was really John, like his father, but he was always called Ian).

Ian trained at the Glasgow Radio College and obtained the PMG Certificate of Wireless Telegraphy in September 1942. In January 1943, less than a month after his 18th birthday, he was engaged in the British Merchant Navy as a Radio Officer (R267498) and joined his first vessel, Empire Snow, as part of a convoy to Murmansk. The convoy set out as a group of 32 cargo ships; his was the last of the 11 cargo ships that returned. “Destination Murmansk” is his captivating and moving account of that voyage.

Ian went on to serve in many war zones during World War II. After Empire Snow, his other vessels were Empire General, Dingledale, LST 3505, Wave King and HMS Vengeance.

In one convoy to Malta, the vessel Ian was serving on was attacked in the Mediterranean. After helping other shipmates to lifeboats, he and the Master had to jump into the sea from the sinking ship. Ian could not swim, and the thought of jumping into the water frightened him to the core, but he did it. He and the Master got into a life raft and were picked up the following day by an American freighter. Ian blacked out after the rescue and regained consciousness some days later in a Canadian hospital. He was returned to Scotland for two months’ leave but, due to heavy Allied shipping losses and a shortage of officers, was recalled earlier to duty.

Ian’s family believes that three of the ships on which he served were attacked and damaged so badly the crews had to abandon ship. Many of his shipmates perished. Ian believed that his survival was due to being assigned to the same lifeboat as the ship’s Master.

Nutrition was also an issue. On one voyage Ian had become so thin that, when his ship put into port in Australia, he was sent to a farm to recuperate and drink “lots of milk” in order to regain some weight.

At the time of the formal surrender of Japan, Ian was serving on Dingledale and stationed in Tokyo Bay. Going ashore in Japan, he saw at first hand the devastation caused by the atomic bombs. He brought back to Scotland bottles that had melted and doubled over in the heat of the bomb blast.

Ian was repatriated in 1946 on HMS Indomitable. He returned to Scotland, but was restless. In 1949 he immigrated to Australia, married and settled into family life.

In the early ‘70s, Ian rekindled his interest in short wave radio, listening to Radio Moscow, Radio Prague and Radio Hilversum. In 1975, Radio Moscow was celebrating the 30th anniversary of victory in World War II and paying tribute to those from distant lands, the servicemen and the shipyard and factory workers, who had contributed to that victory. Ian wrote “Destination Murmansk” in August 1975 as part of that commemoration.

Ian was not one for telling “war stories”. His war experience was traumatic, especially being relatively young, and he received no real psychological help. This took its toll on Ian – horrific nightmares and great anguish haunted him for the rest of his life. He supported the international peace movement until his death in 1999. Probably born out of his World War II experiences, when he had been forced into life rafts and rescued in the face of great adversity, his philosophy remained, “Never lose faith in your fellow man”.