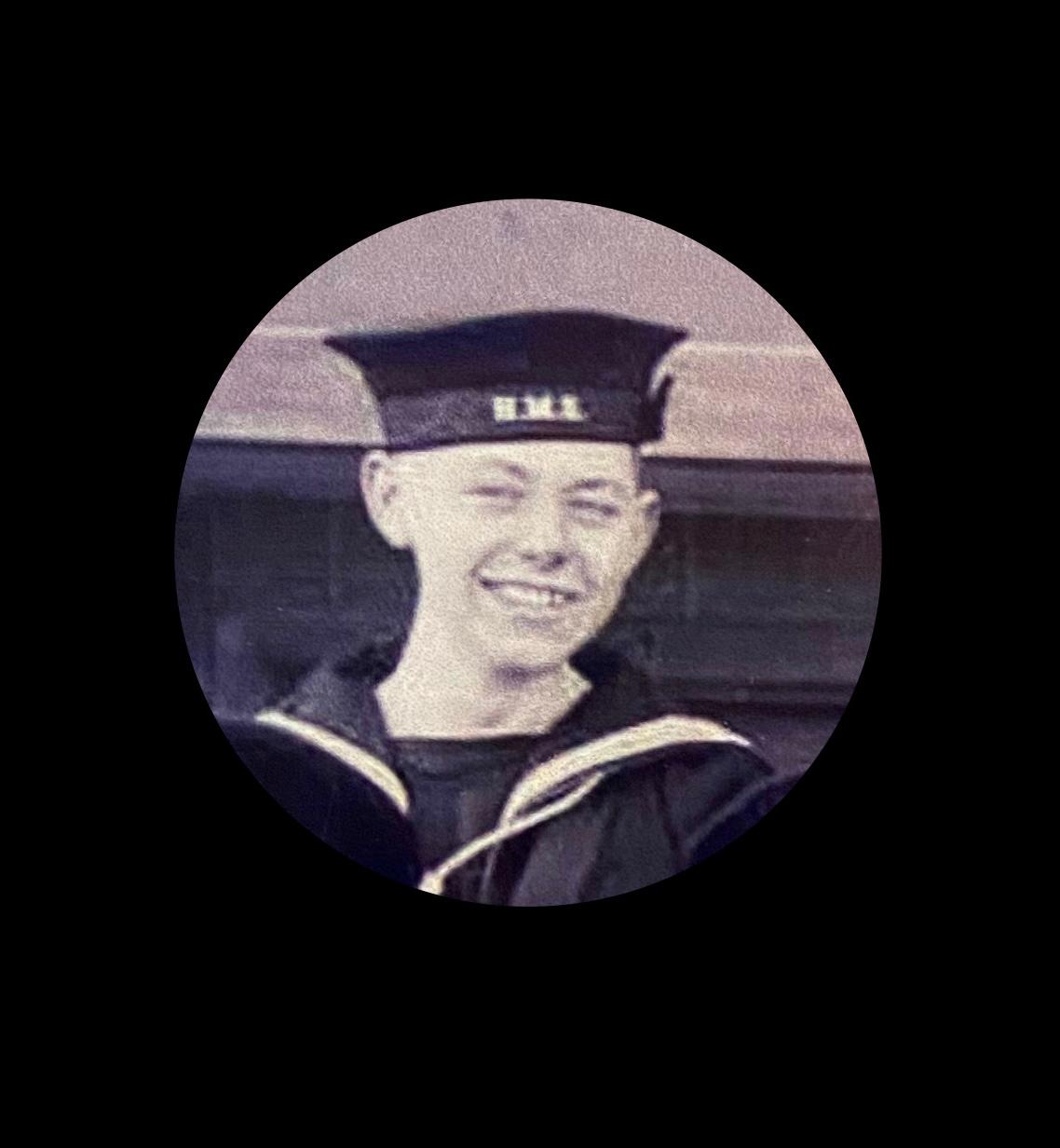 James was sent to HMS Royal Arthur a shore establishment near Skegness (a former Butlins holiday camp) it was the communications branch for ratings & officers. He was part of class 101 where signalmen, telegraphists, coders & wireless operators were trained.

His Battleship was the King George V & he was a leading telegrapher going to Scapa, Spitsbergen & Murmansk
We believe he was part of a team who were asked to help the Americans aboard the USS Tuscaloosa as American signals were different from ours. My sister Claire was in Scotland, on holiday at Poolewe around 2014 where she met & chatted to Bruce Hudson, Vice Chairman of the museum project. She saw our Dad on a DVD called Hurricanes to Murmansk at the exhibition in the school.
In 2005 Dad took our Mum back to Murmansk for the 60th Anniversary & he walked with the veterans. We have a photo of him with one Russian General and one American General at a hospitality event.