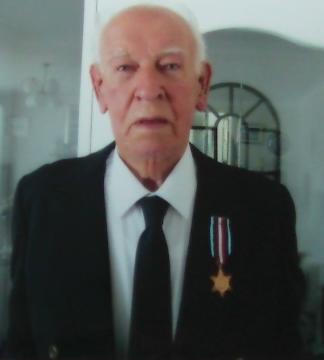 My father was a Merchant Seaman during the war and was recently awarded the Arctic Star Medal in July this year (2013) just in time for his 92nd birthday on the 25th July.

He was born in Falkirk in 1921, and was in the Merchant Navy for 16 years as a Bosun and served in the Arctic Convoys which sailed from Loch Ewe to Russia carrying supplies and ammunition on the Empire Bond (PQ14) in February 1943.

He has been happily married to my mother Isabella for 62 years and has 2 sons, 2 daughters, 3 grandsons, 2 granddaughters, 1 great-grandson and 1 great- granddaughter who love to visit them.