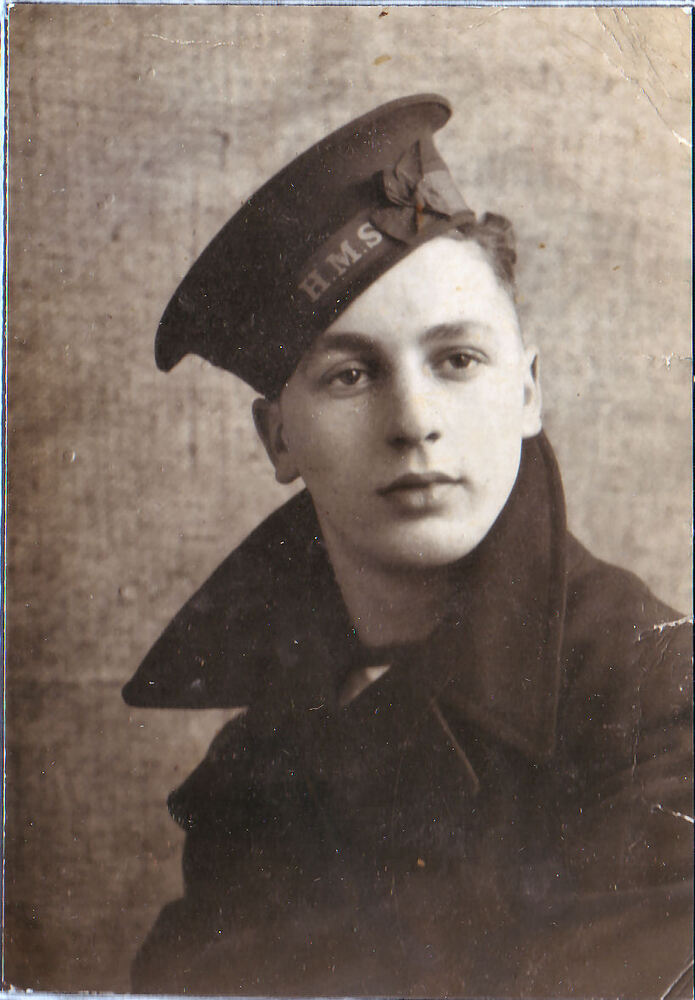 Article written by Leonard’s son originally for the the Leicester Mercury. Reproduced here with kind permission.

Leonard served on the corvette, HMS Honeysuckle, and his first convoy run was PQ16. Apparently the ship did not make a great first impression on the nineteen year old Leonard as he recalled “I saw what I thought was a pile of scrap iron with a funnel stuck on the top. Further investigation revealed that it was afloat and it had a name, the one I was looking for”. PQ16 suffered heavy bombardment from German Junkers JU88 Dive bombers and Submarines. Leonard recorded the heavy attacks in his diary:

“One Ju88 picked us out for special attention and just before he pulled out of his dive he released four bombs. I was certain that this was my last day. I dived on the deck but I guess his aim was too good as the four bombs straddled us, two on either side. One bomb was really close as I was drenched with the spray as I lay awash on the deck. It was at this particular moment also that our Pom-Pom gun and bridge starboard Oerlikon both decided to jam.!”

Leonard was also present on convoy RA66, when HMS Goodall was hit by two Gnat torpedoes from the submarine U968. Honeysuckle’s Captain decided to ram his ship’s bows into Goodall’s stern to allow a rescue attempt. Leon was instrumental in this rescue by being one of a number of Honeysuckle crew in lifeboats:

“When the Goodall was torpedoed she went up like a torch, most of her bridge was destroyed and the top half folded over forwards over the foredeck from the funnel, the latter had been flattened and she was losing fuel oil which set the sea on fire around her. Honeysuckle lowered the starboard sea boat with Robbie Robinson, myself, Strickland and a couple more. While we were being lowered to the sea we saw a crew member of Goodall jump off from what was left of the burning bridge. He was on fire. As we pulled away from Honeysuckle the skipper took her in closer to the Goodall to get the men gathered at the stern off their stricken Frigate.”

A talented artist, Leonard was responsible for the polar bear emblem on Honeysuckle’s funnel. Leonard stated:

“I believe we were in Belfast and we got permission, must have done, I can’t remember how but normal procedure would have been to ask the Buffer (Petty Officer) who would then seek permission from the skipper. I enlisted my friend Robbie to help do the job. I got the idea for the design from a packet of Fox’s glacier mints”.