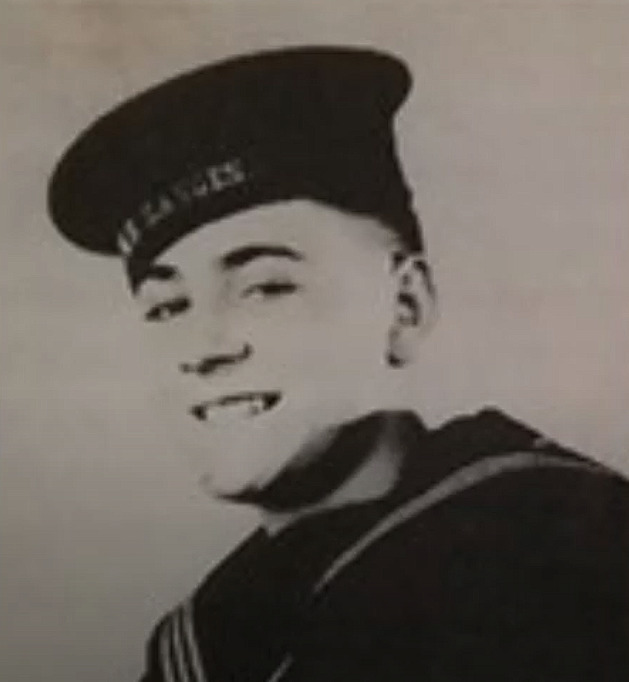 I believe my grandfather was on HMS Berwick for service on Arctic Convoys from January 41 to September 42. Old timey hand writing can be tricky to read! He served on the convoys as a watch officer and on the Bridge doing radio operations and other duties from what he said to me. He did not speak much of the war but we did have a good chat when I asked him for details for a video I made on him, which you can watch here.

I have included photos of his medals, his young self, his service record, and a photo of him self with a few Veteran friends from a few years back. He Sadly left us in January of 2018. He was Discharged from his Duties in 1943 after contracting TB. He battled it and had a lung removed for his effort but recovered and taught himself Law. He was an incredibly humble and lovely man. He was always so very full of life until his very last days.