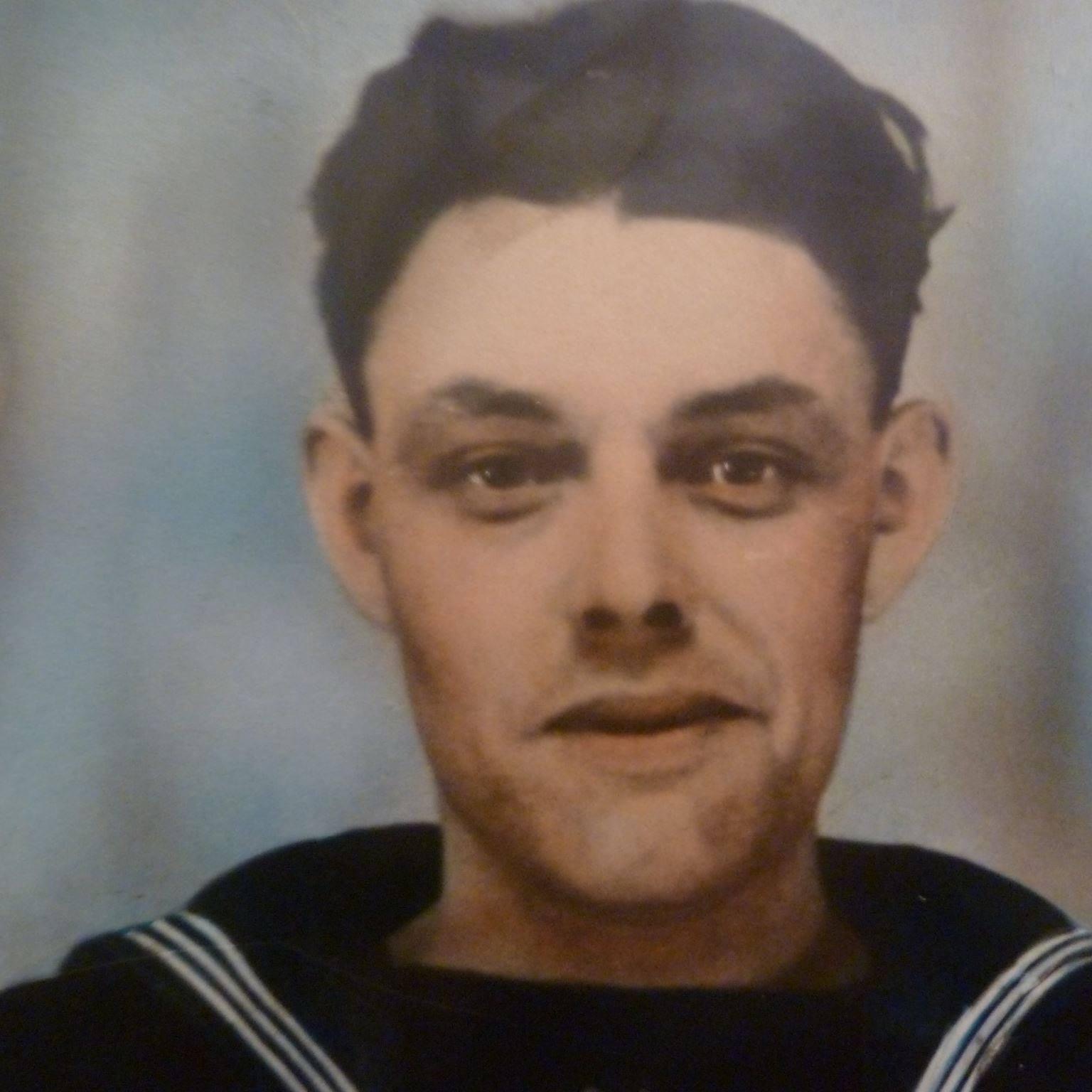 Norman who was from Leurbost, North Lochs, on the Isle of Lewis was a merchant seaman who in December 1939 joined the Royal Navy for the duration of the war. Indeed many from the Western Isles joined the RN or the RNR.

Norman had a varied involvement during his time in the Royal Navy serving on ships as well as shore bases called stone frigates. He was trained as an ASDICS operator, named after the Anti-Submarine Detection Investigation Committee, later known as Sonar which was a secret device for locating submerged submarines by using sound waves. Indeed he was stationed at HMS Ferret a shore establishment located in Northern Ireland. Close to Londonderry Port which provided the fastest access to the Atlantic, this meant Royal Naval warships could quickly come to the aid of convoys under attack by German U-boats. He also spent time at HMS Osprey a World War II Anti-Submarine training base which specialised in ASDICS courses which was established within the requisition buildings of the West of Scotland convalescence homes in Dunoon. This base was transferred from its original home in Portland in Dorset during 1941 when the original site was considered to be too vulnerable to attack by the Luftwaffe. We presume from the length of time spent at these shore establishments from autumn 1942 until October 1943, that he was involved in training of other seamen who operated and maintained much of this equipment during the war.

Norman also operated on board ships on Atlantic and some Arctic convoys although his early service aboard HMS Vanquisher in 1940 took him to the Dunkirk beaches when his ship is believed to have rescued more soldiers than any other. He was also lent to the Royal Canadian Navy in 1942 and served aboard HMCS Amherst. They had lost their ASDICS operator and he joined their crew as the replacement. He was released from the Royal Canadian Navy once the Atlantic convoy returned to Liverpool on the 10th of November 1942.

Norman joined a brand new ship, HMS Virago launched in February 1943 and commissioned on the 5th of November 1943. This new vessel was a V class destroyer built by Swan Hunter on Tyne and Wear whose pennant number was R75. Norman joined the ship on the 25th of October and was with her until the 17th of April 1944. Little did he know that during his time on this ship escorting convoys that he would be involved in the Battle of the North Cape and the sinking of the Scharnhorst, the rescue of crew from the sister ship HMS Hardy when she was torpedoed and was also involved in Operation Tungsten, an operation by the Fleet Air Arm to sink the Tirpitz. Not to mention the horrendous winter conditions he would have endured in the Arctic Circle at that time. During December and January these convoys mainly ran in darkness. Each convoy had a thorough escort of Home Fleet destroyers and minesweepers and Western Approaches escort vessels. These the convoys were all covered by a Battle Squadron and a Cruiser Force and British and Russian submarines covered the exits to Altenfiord, home of the Tirpitz during the passage. Nevertheless in virtual darkness and relying on their ASDICS operators, Norman must have had a very stressful time particularly when dealing with the packs of U-boats that were looking for these convoys in stormy seas.

His time in the Royal Navy was occasionally interspersed with short periods of leave to shore for civilian and agricultural purposes. It is presumed that due to the lack of men left on the Western Isles seaman were allowed home at certain times of year to help with the hay and the peats. A lifeline at the time for those left at home.

Norman was released from the Royal Navy in November 1945 returning home to Lewis. He died in 1983 and is buried at Crossbost overlooking the sea loch Leurbost with his wife and stillborn child.

His family were aware of his time in the RN but like so many he didn’t really speak of his experiences. It was not until after his death that they researched his naval record and learnt of his time on Arctic Convoys. We would like to thank his son Norman, named after his father, and his nephew in providing these details. Norman still lives in the family home in Lewis.