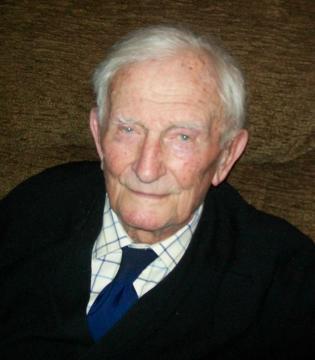 My Arctic Convoy experience began when the Germans attacked Russia in July 1941.

Our first operation was against the German base in Petsanio, Finland, which clearly posed a threat to our shipping passing close to it. The mission did not go well at all. We suffered severe damage and loss of Achates, an A Class destroyer which had her bows blown off in a minefield. Empty hammocks could be seen hanging from the bulkhead and the forecastle had completely gone. We attacked the base from the air with Swordfish aircraft but it was well defended by ME109s. Most swordfish were lost.

At the outset we were provided with no special clothing. Then came duffle coats followed by Kapok lined inner suits with Russian type hats.

Our convoy missions used to alternate between (i) a trip with the merchant convoy (ii) a stand-off with the fleet waiting for enemy craft to emerge from the Norwegian fjords. From our ship, Intrepid, we witnessed no surface fleet action from the fjords before March 1943 – only air activity and U-boats which was formidable. The enemy Junkers 88, a low level bomber, was used extensively against the convoys and suffered many casualties. I remember one being shot down from our ship – the crew scrambling on to the wings as we sailed past hoping to be picked up by the large German Blom and Vosse rescue planes which followed the convoy.

The main enemy attack was against merchant ships. On one occasion the Somali, a Tribal Class destroyer under the distinguished and highly decorated Captain Maud (then a substantive Lt Cdr), was badly damaged. The Tribal Class were lovely craft. Maud’s own ship, Icarus, was in for a re-fit; hence he had taken temporary command of the Somali, which was torpedoed, then put in tow in terrible weather conditions by the Ashanti, another Tribal. The tow parted and, through brilliant seamanship, got going again.

I later received a signal “close me she is sinking”. Captain Maud, known as “Mad Maud” (he carried a revolver) got aboard the Ashanti, which had been towing him. Captain Maud’s ship had been carrying a skeleton crew of about 80 men of which about half perished. The last I heard of Captain Maud was his presence as a beachmaster on the 1944 D-Day landings.

I remember one occasion when Intrepid had accompanied a convoy carrying a consignment of Hurricane fighter aircraft and their pilots. The Russians accepted the aircraft but sent the pilots home. One Squadron Leader pilot was a terrible sailor and spent most of the return journey lashed up in the Captain’s bunk in the day cabin. Only in a relatively calm spell, which permitted us to perform some burials at sea, did he pull through.

As a signalman invariably on the bridge I realised that life could have been worse for the seaman branch chipping ice from the guns and superstructure. In a sea mist you could hardly see the forecastle though visibility was quite clear at higher levels. In these conditions the Swordfish aircraft would appear and signal where the convoy was. I was always impressed with the efficiency of the “observers” (multi-task navigators) in these aircraft who were able to operate Aldis lamps from open cockpits in adverse weather conditions.