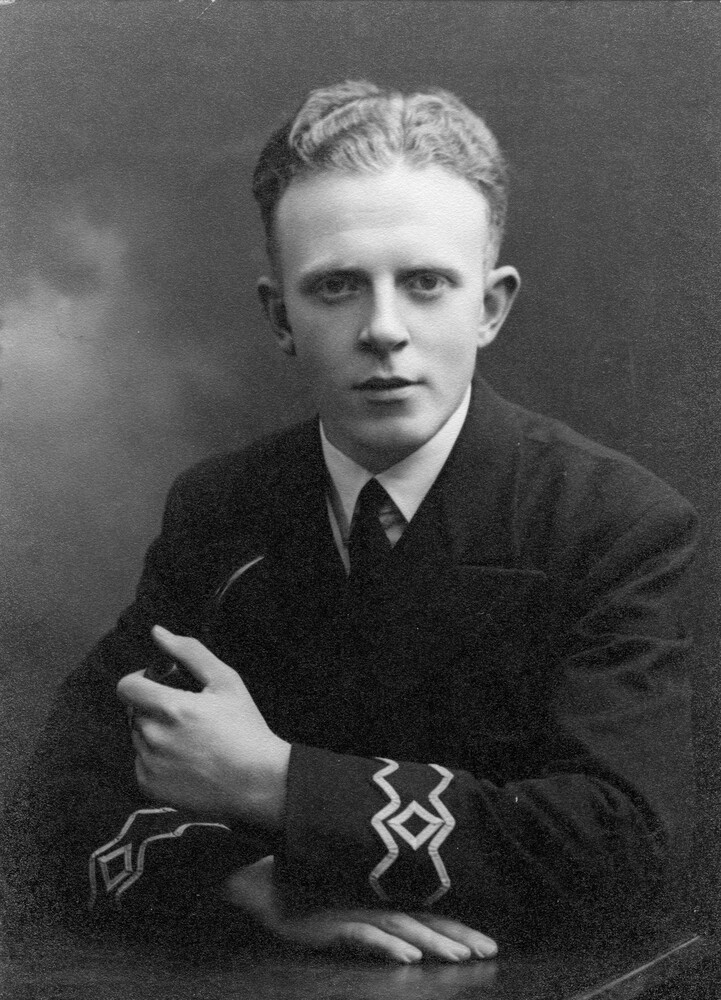 My father, Richard (Dick) Fearnside was first radio officer on the SS Hartlebury the Vice Commodore of the Arctic convoy PQ17.

He was 21 when the Hartlebury sailed from Sunderland with a cargo of tanks and planes. My father said that the third radio officer George Storey had lost his father in an air raid in Sheffield and before they sailed George’s mother said ‘take good care of George because I have nobody else’. George was one of the first to perish when the first torpedo struck.

According to my father he was extremely lucky to survive having just gone on watch and was fully clothed.

When the second torpedo hit dad went to the aft where a life raft had been lowered into the sea. The life raft was made for 8 or 9 but had 13 on board and was below being kept afloat by the buoyancy tanks.

When Dad got into the raft he was made to stand along with 3 others and that is what saved him. At first light the four men standing realised all the others were dead. They came across another raft with a naval gunner and a dead sailor on and their spirits lifted by the food and tablets on board. They drifted for 2 days in and out of a small bay on the coast of Novaya Zemlya before being spotted by the crew of a large American ship that had beached. They were taken onboard the ship and Dad eventually made it back to England.

I have attached is a photo of my handsome Dad with a pipe which he smoked until the day he died of an asthma attack!

Dad said he was just lucky. He never bore any animosity towards the Germans or the U boat (U-355) that sank the Hartlebury.

When he was 90 he travelled on a cruise liner in the vicinity of the wreck of the Hartlebury and the Captain and he laid a wreath. Dad said he couldn’t stop crying. I guess he’d kept it all inside for so long.

My Dad was a good man and he didn’t let this experience define his life.