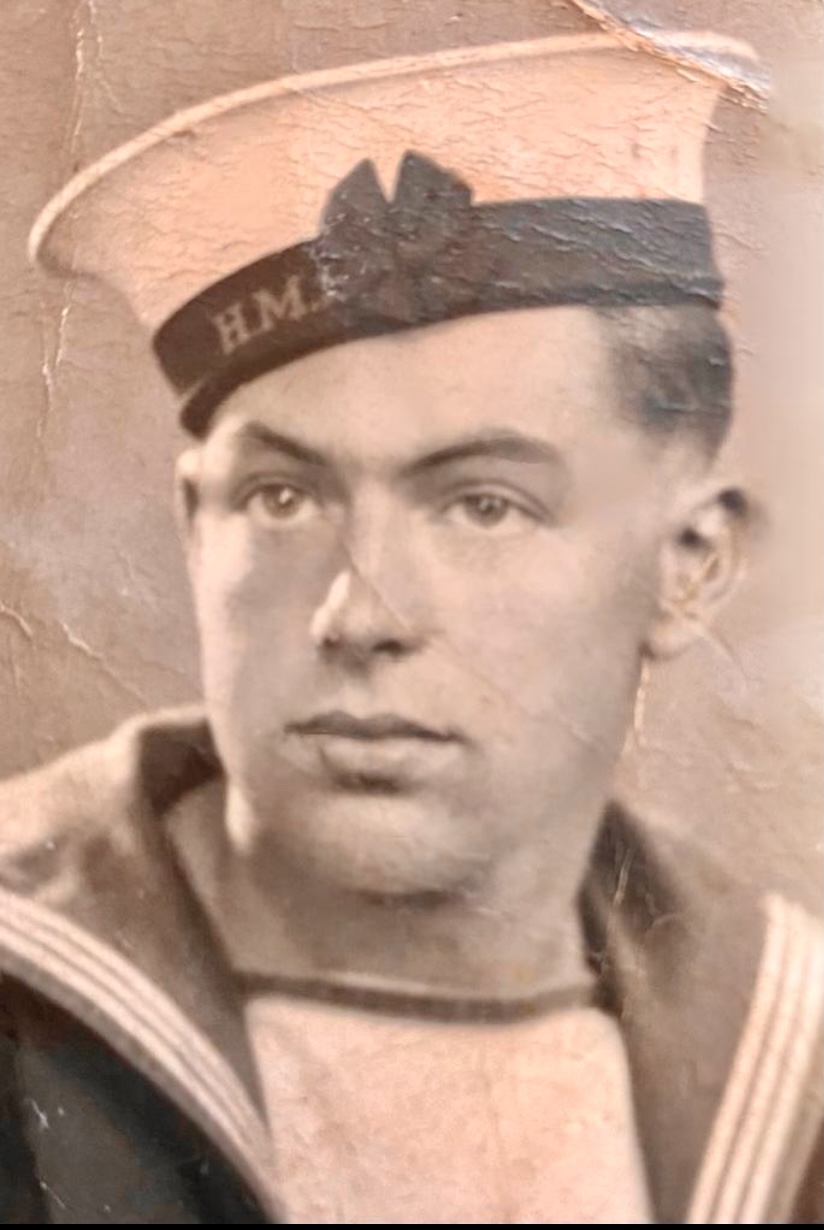 1945
JW64 – 3rd February from the Clyde – Arriving the Kola Inlet 15th February
RA64 – 17th February from Kola inlet – Arrived?
This was the convoy when HMS Bluebell was lost
Hurricane force winds & the convoy was scattered twice
KMF41 – March – Clyde to Gibraltar
OS117KM – March
MKS89G – March Gibraltar to Liverpool
JW66 – 16th April from the Clyde – Arrived Kola inlet 25th April
RA66 – 29th April from Kola inlet – Arriving in the Clyde 8th May – VE Day
The ship was then paid o .
The ships company was sent to barracks in Portsmouth.
Served as a guide on HMS Victory
Was part of an honour guard on Gold Beach of the 1st anniversary of D Day.
Transport on a US Destroyer he nearly missed the return journey.
Transferred to HMS Wagtail – Ayr from where he was demobbed.