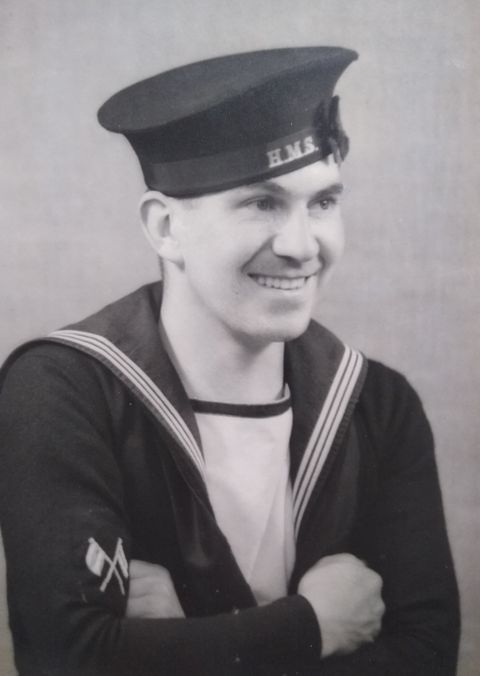 My father-in-law spent time on HMS Cape Palliser as a signalman. He joined the ship in April 1942 in Iceland just before the start of convoy PQ15. PQ15 arrived at the Kola Inlet at 2100 on 5 May. Between May 21st and May 29th, she was on escort duty for convoy QP12. In the autumn of 1942 HMS Cape Palliser was re-fitted in Grimsby. He said “our bows had been reinforced for ice-breaking and stored up with ammunition, depth charges etc.”. He added “She was taking part in a top secret operation to the very far northern waters above 80degs north. The admiralty had reason to believe that U-boats were re-charging their batteries in these northern waters. To do this the U-boats had to steam on the surface, which meant they were very vulnerable to attack.” After 28 days, they found nothing. It was on the way back from this mission on 12th Nov 1942, that they picked up the 15 survivors from the American merchant William Clark.

Father-in-law says “we were about a hundred miles from northern Scotland when the convoy was attacked by six Ju88s from Norway. One tanker was sunk and we suffered a near miss, some shrapnel went through the main steam pipe in the engine room which reduced our speed to 2 knots. After a quick make-do repair, we were ordered to make our own best speed to Scrabster, a harbour in the very north of Scotland for emergency repairs, where we arrived without further attack. When temporary repairs were completed, we were ordered to Grimsby, where we were to have a complete re-fit.” After the re-fit HMS Cape Palliser went back to join other escort ships at Greenock.

We suspect the cold damaged his sight and so left HMS Cape Palliser in summer 1943. He retrained as a Coder/TO and then took part in D-day on HQ ship of GOLD beach, HMS Kingsmill.