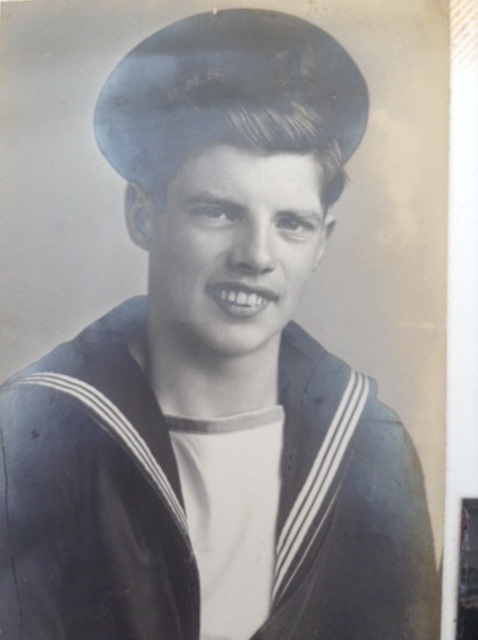 Wilson McHenry was born in Kilwinning, Ayrshire on 11th December 1923. He entered the Royal Navy as a boy seaman in October 1939 and joined the crew of HMS Edinburgh the following October (1940). In May 1942, when Wilson was on watch duty, the HMS Edinburgh was hit by an enemy torpedo.

He was rescued by either HMS Gossamer or HMS Harrier and taken to Murmansk in Russia. After returning to Drake he went on to serve on various Royal Navy ships for the rest of the war and then until December 1963 when he was discharged from the Navy.

He settled in Falmouth in Cornwall and lived happily and peacefully with his wife Pearl and his three children Maree, Iain and David. He did various jobs in Falmouth and finally retired as a postman.

The Falmouth Packet newspaper featured an article on Wilson in 1982 when the Russian gold was salvaged from the wreck of HMS Edinburgh.

Wilson died in January 1985 and was buried at sea in Falmouth harbour on a clear and freezing winter’s morning.

He is remembered with a shared headstone with his wife Pearl in Stithians graveyard and a blossoming crab-apple tree within the main church graveyard at Stithians.