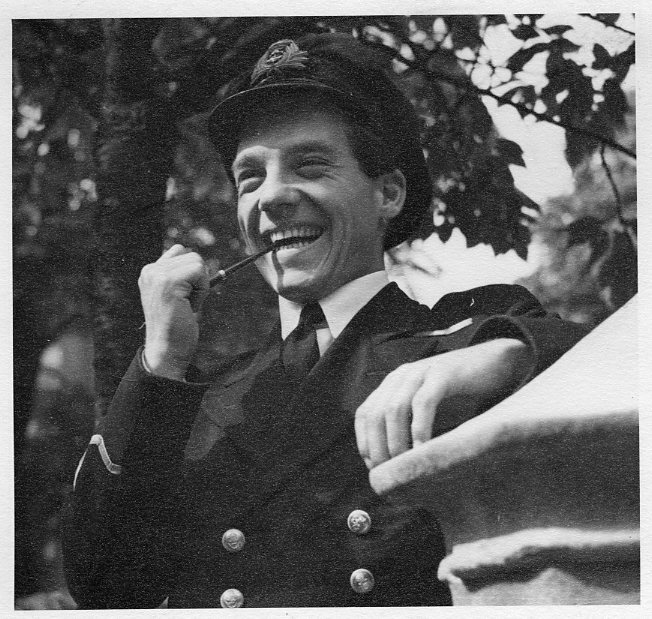 I joined c, an escort carrier, as a Midshipman RNVR, in late October 1944, aged 18. She required many sea damage repairs and the crew in turn went on leave. My time was taken up by finding my way around the ship, finding out who was who and learning what my future duties would be as assistant to the Signals Officer, the Met Officer and as gofer to the Officer of the Watch, and about the Operations Room where I was on duty during operations. The following weeks were taken up with flying training in the Clyde. We were allowed ashore at Arran to stretch our legs.

Christmas was spent tied up in the Clyde, and Vindex sailed for Scapa Flow on 28 December in support of Convoy JW63 to Kola Inlet. No substantial anti-enemy action took place. It snowed continuously and there were many crash landings made by the Swordfish and Wildcats. On the return Convoy RA63 the weather deteriorated and flying was impossible. Every moveable object had to be lashed down and many of the crew were injured as Vindex rolled alarmingly.

The convoy dispersed and Vindex and others made for the shelter of the Faroes. She arrived at Greenock about 25 January and went into dock for a refit. I was due to go on leave but ended up in hospital with pleurisy. After leave I returned to Vindex.

In mid-April, Vindex joined Convoy JW66 to Kola Inlet. Submarines were detected but without results. We were berthed in Vaenga Bay and on 29 April Vindex sailed with Convoy RA66. U-Boats were waiting for us and at least two were sunk. A JU88 was intercepted and was damaged by Wildcats. Vindex arrived in the Clyde on 6 May. Party time!

Photo: On the deck of HMS Vindex