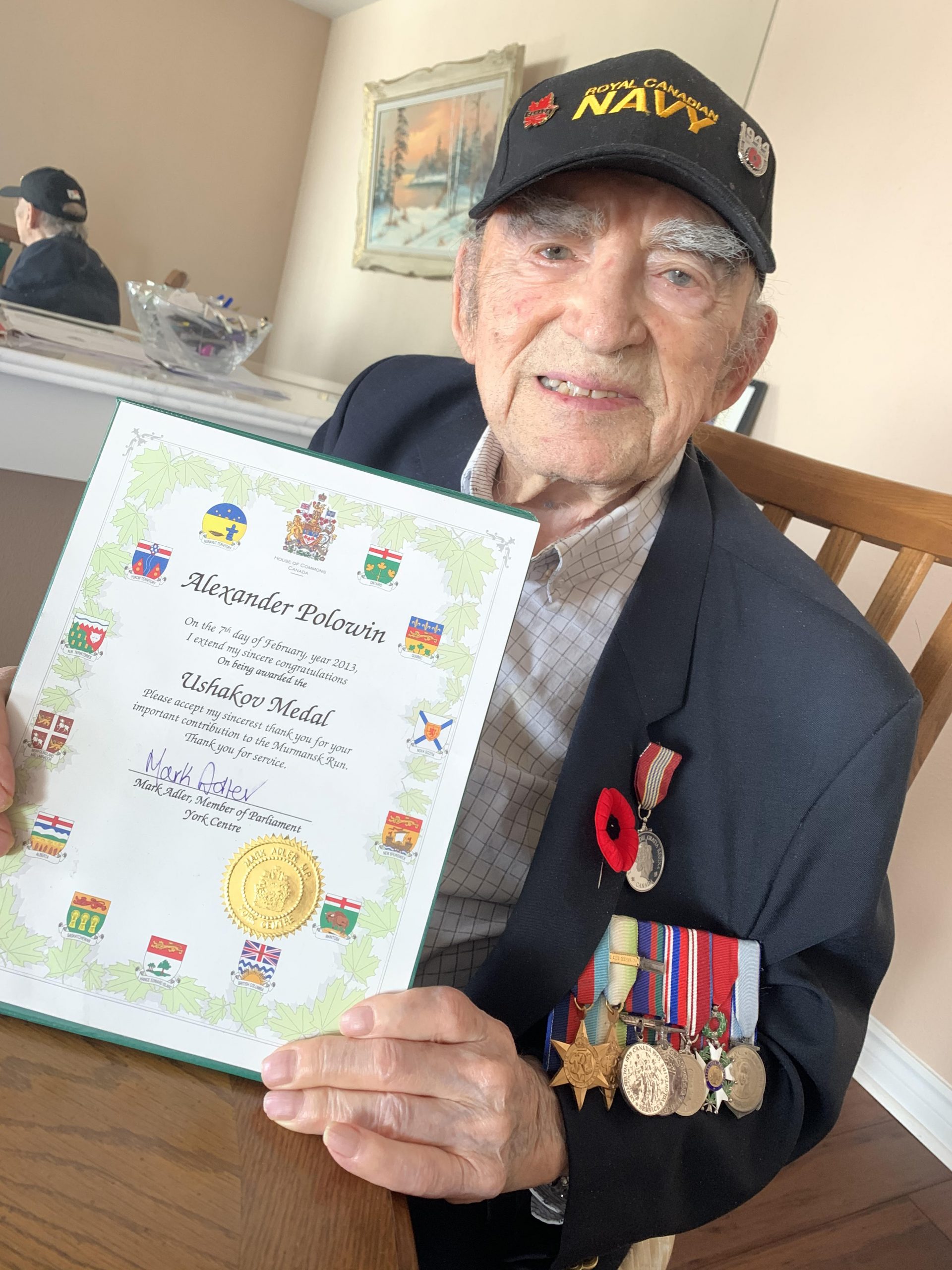 Alexander ‘Alex’ Polowin was born in Vilnius, Lithuania on 16 April 1924, and his family emigrated to Canada when he was a child.

On the outbreak of WWII he volunteered to serve in the Royal Canadian Navy, and initially served aboard corvettes in the Western Atlantic.

He was then posted, in the summer of 1943, to HMCS Huron, a Tribal class destroyer under construction in Necastle-upon-Tyne, and was part of the commissioning crew.

Once launched the ship proceeded to Scapa Flow to carry out testing. Once this was completed HMCS Huron joined the escort group covering Arctic convoys JW54A/RA54B, JW55B/RA55B, JW56B/RA56 & JW66/RA66.

Alex’s role was a gunner, and took part in the Battle of North Cape in December 1943, when the German battle cruiser Scharnhorst was sunk.

Alex lives in Ottawa, Canada, now aged 97. He was awarded the Russian Ushakov  gallantry medal in 2013.

He recorded his recollections of the convoys on video, which can be viewed on our YouTube channel.