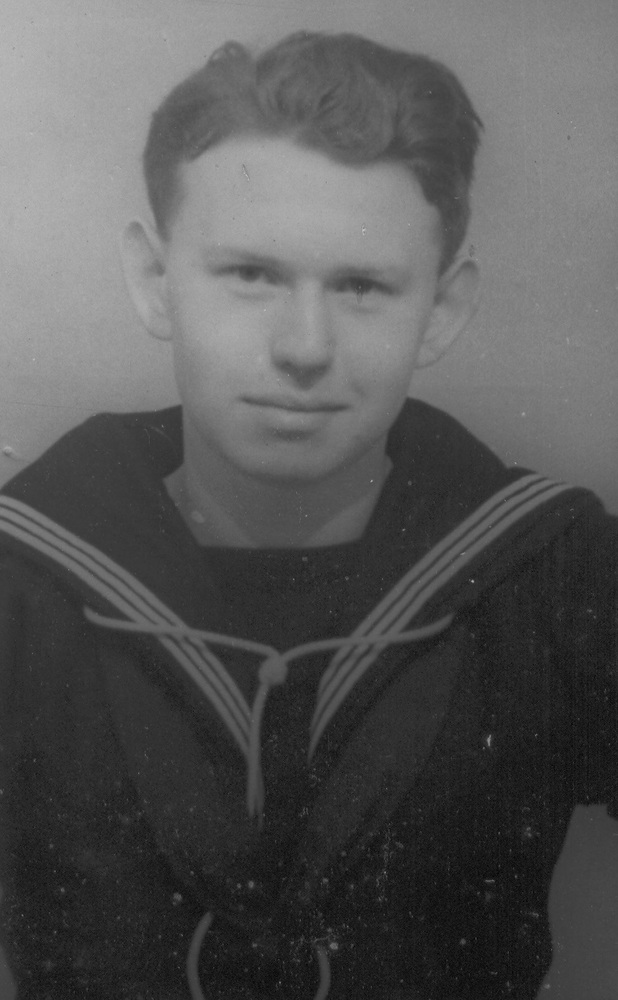 Dad was conscripted into the Royal Navy in October 1943 at the age of 18. He served as Lead Telegrapher on the destroyer HMS Caesar (under the command of the Late Captain G N Brewer DSO, RN), which took part in two Arctic Convoys JW/RA 62 (November/December 1944) for which they were awarded the “Battle Honour Arctic, 1944.”

The Caesar’s sister ship, HMS Cassandra was torpedoed with much loss of life during the convoy(s).

I have attached a photo of Dad’s training class HMS Royal Arthur, a portrait of him in uniform and another wearing his medals in 2014.

There is also a diary I found amongst his computer files – it is a more or less day by day log of the Caesar’s service/activities during WWII– I do not know if this is based on records Dad kept/remembered (he was quite eidetic with some things), or whether he pieced it together from diligent research.