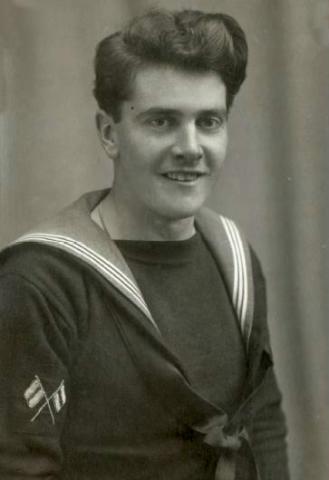 Alistair Black joined up, as a young Scot, at the age of 17 and served on HMS Milne.

In October 2013 family, friends and neighbours all got together to celebrate with Alistair who was delighted to receive the Arctic Star medal.

A gathering of Routs Green neighbours, friends and families, was held on Sunday 6th October in the leafy Chilterns, to honour Scotsman Alistair Black’s achievement of the award of the Arctic Star medal.

As a signalman he served aboard the destroyer, HMS Milne, on Arctic Convoys in 1943-4. A flotilla of destroyers, armed with torpedoes and depth charges, helped to defend the merchant navy ships.

Alistair has also applied for the Russian Ushakov medal to which all Arctic Convoy sailors are now entitled; to be awarded in due course by the Russian Government.