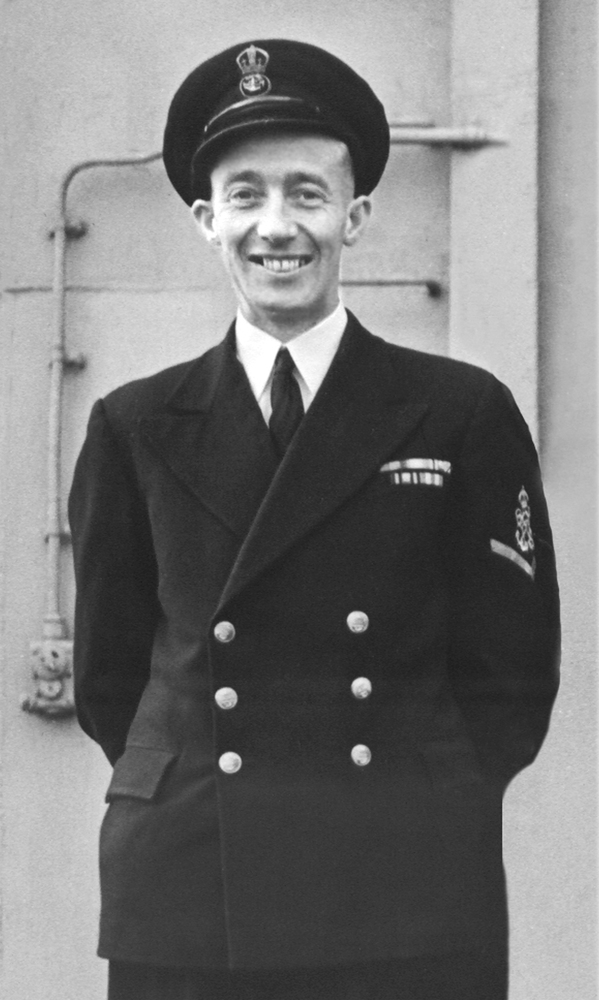 My father – Arthur Albert Reed – served on HMS Palomares between October 1941 and April 1943 and was part of the PQ 17 Convoy in 1942. He was born in 1913 in Hampshire in a village called Stubbington, across the water from Portsmouth. He enjoyed cycling and belonged to the Gosport cycling club. He worked for his father who was a local builder. He had three brothers and one sister. He joined the Navy early in 1940, and was 28 at the time of the Convoy. He very rarely spoke of his wartime experiences but did tell us about the privations endured during the Arctic Convoy – of the ice on the decks and rails, the extreme bitter cold, lack of sleep, and lack of food and water once they arrived at Archangel. His younger brother has told me how skeletal my father was when he finally returned home barely able to talk of his experience. After a very brief leave, he returned to HMS Palomares and saw action at Operation Torch in North Africa. HMS Palomares must have been held with quite high regard by my father because the bungalow they lived in for 40 years was named Palomares.