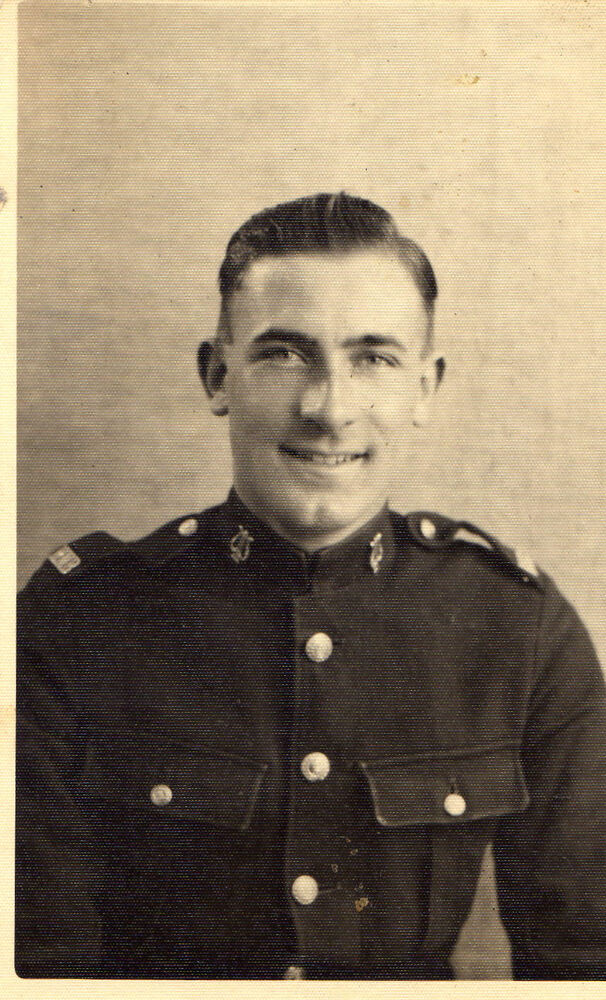 There are many tales to tell about Bill’s youth, but we would be here all night, so we will skip a few years and arrive at his call up papers arriving in the post. He duly went to Coventry and enlisted in the Royal Marines (RM) a strange choice as he had only ever seen the sea a couple of times and lived about as far from the sea as you could in England. He was posted to RM Band Deal and then HMS Excellence, Whale Island (pictured) where he learnt how to work in the transmitting station using the gunnery computer without which no ship could fight this kind of warfare. He then went on to Plymouth to await the launching of the navy’s newest cruiser HMS Trinidad.

A dock worker told Bill that as HMS Trinidad was to sail on a Friday it would not come back, and sadly this prophecy came true as it was damaged by one of its own torpedoes whilst on escort duty on convoy PQ13. This terrible story is recorded by George Lloyd in the Blue Band magazine online. Of the 15 band members on board 9 were killed.

Although HMS Trinidad limped on to Murmansk and was temporarily repaired on the return journey to Scapa Flow it was attacked and damaged by a German dive bombers and the decision to scuttle her was made as she was slowing the convoy down. Fortunately Bill was returning on HMS Liverpool. HMS Trinidad was torpedoed by HMS Matchless and sank in the Arctic Ocean, north of North Cape. She was sent to the bottom of the ocean displaying flags which carried the poignant signal, “I am sailing to the Westward”.

The story of HMS Trinidad has been told in music in a piece called ‘Am Sailing Westward’. It was written to remember the sacrifice of HMS Trinidad’s crew and was performed at the Royal Albert Hall by massed bands of the Royal Marines during Mountbatten Festival of Music 2012. Click here for a version recorded by RM School of Music.

Further information regarding HMS Trinidad and the band members that lost their lives is available at Devon Heritage.

It was in Plymouth that Bill became friends with George Lloyd who composed the “HMS Trinidad March” which was played at the 2013 Last Night of the Proms.

More details are available at: http://rapportband.co.uk/williamevans/

Photo: Some of the band members. The two bandsmen on left are Bill Evans and William (Bill) Swann who both served on HMS TRINIDAD together on her fatal voyage in 1942 where they lost many of their friends and colleagues. William (Bill) Swann was a cornet player, we believe he was washed overboard and washed back on board again. The two on the right are not known to us so if anyone has any ideas please let us know.

Photo: A tribute to the lost bandsman of HMS Trinidad in St Werburgh Parish Church,Wembury, Devon.