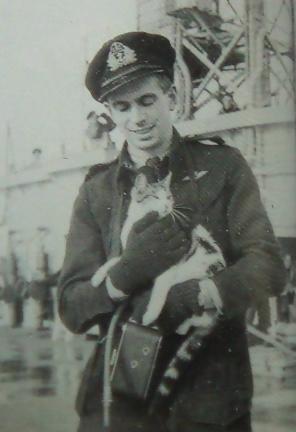 Bob Selley served as a pilot with 835 Naval Air Squadron during WWII.

This is Cornwall featured his story on 20th April 2013 and I have had a couple of telephone conversations with him. A very modest man, he told me his story was in a book, Alone On A Wide, Wide Sea, which I bought and read, cover to cover. The book was written by E.E. Barringer (published by Leo Cooper in 1995) and is an amazing story of how these young pilots kept airbourne and kept guard over various convoys.

Working with technical crew, they flew in the most dangerous conditions and had to take off and land on aircraft carriers in appaling conditions…can you imagine landing on a deck which is rolling from side to side, up and down almost 180 degrees, in pitch black? Often, they didnt make it.