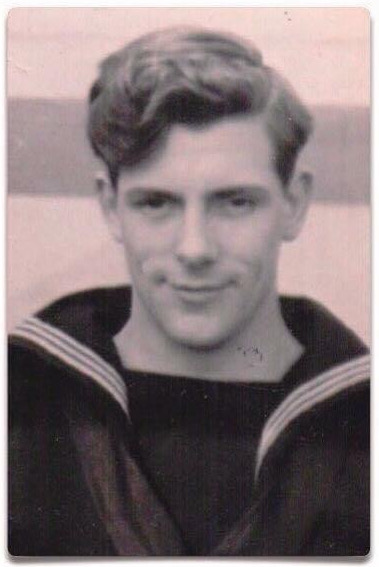 On 29th January 1944 Rotherham lad Colin Edward Horner celebrated his 19th birthday. He was aboard HMS Hardy (R08) , a V class destroyer escorting an arctic convoy (JW56A)
Normally his night watch station was to the rear of the ship on depth charges but because it was his birthday a sailor named Hardwick swapped station with him so he could be warm inside as his ‘gift’.
In the early hours of the morning of 30th January the ship was hit by a torpedo and partially sunk. Normally, casualties in the Arctic were not rescued but on this occasion they were because, according to Colin, there were two important scientists on board and an enigma machine. Survival time in Arctic waters was less than 2 minutes but Colin was rescued. Hardwick was killed. The ship was scuttled by our side to prevent the Germans accessing sensitive information and sank 60 miles off Bear Island. Colin awoke in hospital in Murmansk.

Pictured is Colin who lived to 87 years with the medal Arctic Star which we sent for after his death. He would not apply for it himself. He said it belonged to Hardwick.