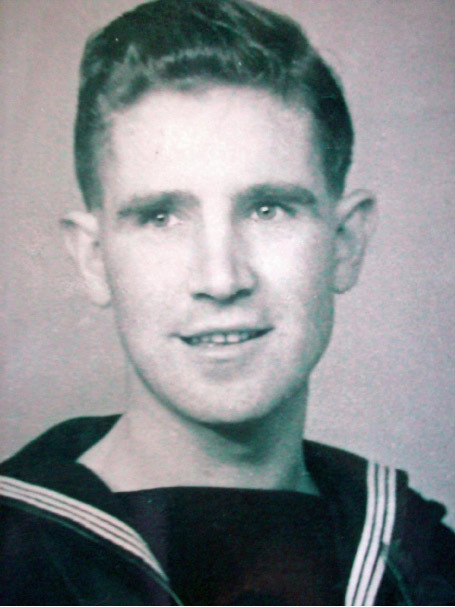 Cyril Jesse Clifford was the son of Cecil and Lois Clifford of Bourton on the Water in the county of Gloucestershire. The Clifford’s were a very large family and Cyril Jesse was born in 1918 at Clapton on the Hill, Gloucestershire. He was the eighth of fifteen brothers and sisters. Kathleen, Phyllis, May, Muriel, Margery, George, Evelyn, Cyril, Dorothy and Irene, Mildred, Lois, Audrey, Leslie and Sidney. Cyril was educated at Clapton on the Hill school, he was well known for his sport and running. He could often be seen running around the area. After leaving school he worked a while for a local farmer, before joining the Royal Navy at about sixteen years old. Before joining HMS Bramble he did his training at HMS Ganges. Cyril Jesse Clifford had married a Gladys Read in December 1942 at Weymouth, Dorset.

Cyril Jesse Clifford was acting Petty Officer D/JX139196. He was aboard HMS Bramble (J11), a Halcyon class minesweeper and survey ship. On December 31 st 1942 HMS Bramble was escorting convoy JW-51B to Russia through the Barents sea, she had been detached to search for stragglers. She was returning to the convoy when she encountered Admiral Hipper and three destroyers. Hipper promptly opened fire with her eight inch (200mm) guns. Bramble returned fire, but was overwhelmed and finally sunk drowning all 121 men including Cyril by the german destroyer Friedrich Eckoldt. The whole family including his newly wedded wife was devasted. He is remembered on Plymouth Naval Memorial, panel 63, column 2. He is also proudly engraved on the Memorial in the center of the village, Bourton on the Water.