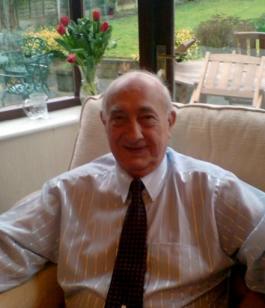 “At the age of 16 I joined the Royal Navy at HMS Ganges, Shotley, Ipswich. I had always said I would join up. I am unsure if this was due to my brother John being in the Navy. He was in the Engineering branch, known then as the stokers”.

The following extract from Duncan’s memoirs relates to his time on HMS Speedy.

“..As we arrived at Scapa Flow the Captain informed us we were joining a Russian convoy. Heavy wear gear was supplied and the Buffer told us that “we would need it” as he had been on a convoy previously. The convoy sailed and we were given our station keeping our position in the convoy. It was not a large convoy but was apparently very urgently required. The usual routine of Action Stations was in operation on sailing. After about an hours sailing we were under attack by Stukas, high level bombing and submarines. We lost at least 2 ships during the night, and more in subsequent attacks whilst we were on route to Iceland. We were NOT allowed to pick up survivors as we would endanger the ship. The survival time in the sea was less than 3 minutes so therefore the people would be dead before they were rescued anyway…”

“On arrival at Reykjavik in Iceland we received fresh instructions that we had to land all foul weather gear and take on tropical gear instead. After completing this task we were told by HMS Speedy’s Captain that all minesweepers were to sail for Gibraltar which was immediately executed.”

Photo – A burial party from the Graf Spee