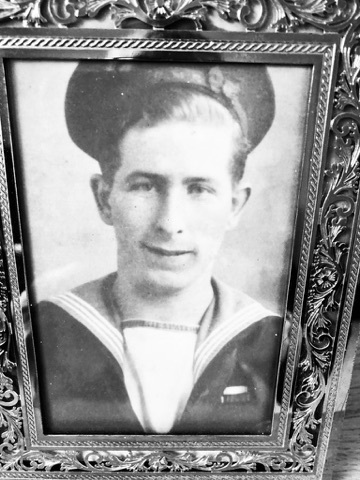 My father Edwin Leadbetter served in the Royal Navy on HMS Fencer an attacker class aircraft carrier. He was on the Arctic Convoys to and from Russia during the second World War.

He started off on the ship as an Able Bodied Seaman and then was upgraded and became a quartermaster steering the ship. I have attached a photograph of him in his Naval Uniform and his ship HMS Fencer.

He also served in the Norwegian and the Pacific Campaign including Burma. His ship was with the British Pacific Fleet transporting DeHavilland Bomber Aeroplanes and troops.