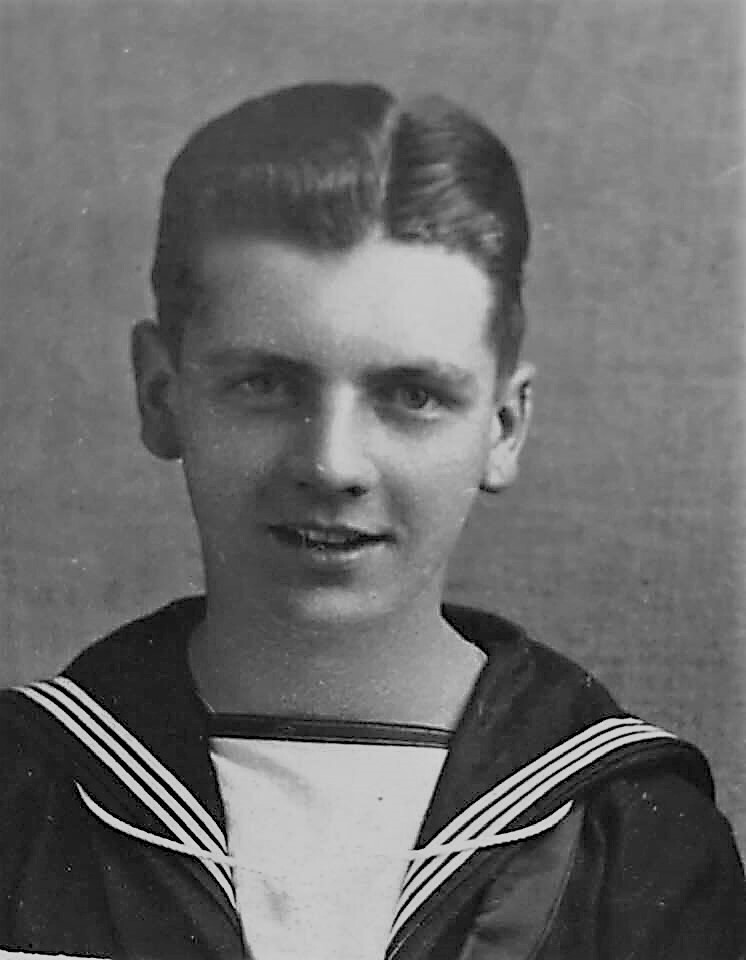 Eric was born on 12th February 1924 in Liverpool. After primary school he attended Wallasey Grammar School. The war had started and he left to join the Royal Navy as an aviation cadet.

His initial training was at HMS St Vincent in Gosport, Hampshire which was followed by flying training at Shotton and Iceland before gaining his wings as a temporary Sub Lieutenant RNVR.

After qualification he joined 813 Squadron on board the escort carrier HMS Campania (see image below right) as a Swordfish pilot. From April 1944 Campania was deployed on Arctic convoy duties.

Eric flew on many sorties braving the horrific conditions knowing a ditching far from the carrier would probably be fatal. Happily he came through it although he was scarred for the rest of his life by the experience.

Wikipedia reports that on 13th December 1944, two of 813’s Swordfish were credited with the sinking of German submarine U365 by depth charges.

Happily he survived the war and moved to Capetown where Richard was born and Tony, who was born in Liverpool, grew up together.

Tony and I will always remember him with love and think of him as a 19 year old in an open cockpit of a Swordfish braving the elements of the Arctic and trying to protect all those brave seaman on those infamous Russian convoys.

RIP to all those brave men who served on those Arctic convoys and to those who who came through it. Tony and I salute the bravery of all those “White Berets” of the Merchant and Royal Navy and Fleet Air Arm who served so gallantly in horrific conditions.