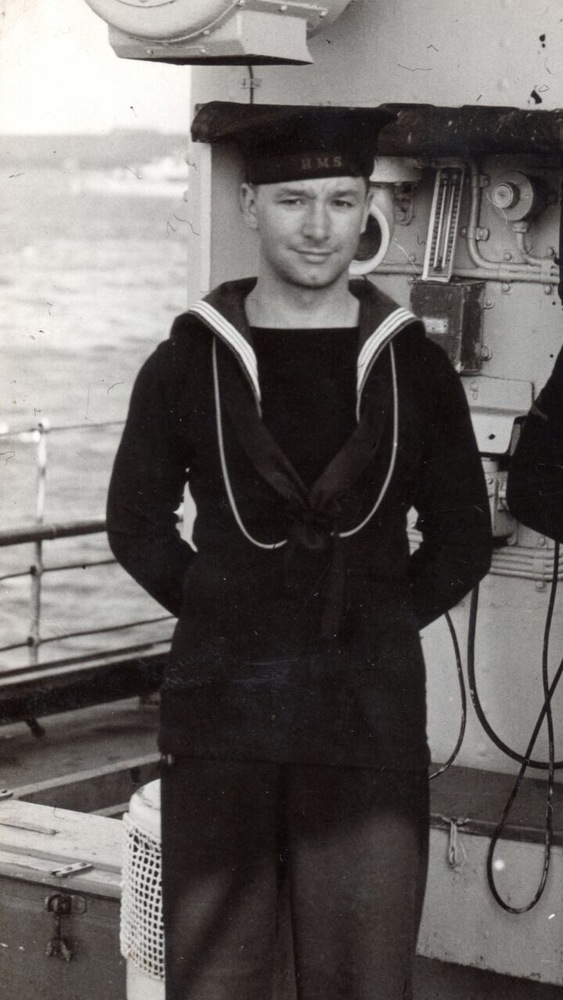 Service History: Carried out his training at HMS Ganges Harwich Essex, from the 19th April, 1942, following his training, joined the crew of HMS Opportune, part of the 17th destroyer flotilla until his demob from the Royal Navy on the 13th May 1946. A total of 1942 days, of service at the pay rate of six old pence a day.

Ernest served on many Arctic Convoys to and from Russia, beginning with convoy PQ18, and ending with convoy RA65. His first captain on HMS Opportune was rear admiral John Lee Barber, followed by Captain R.E.D Rider VC.

The many crews who served on these perilous convoys to Russia, had to endure not only the awful weather conditions, but also action with the enemy. HMS Opportune was amongst other actions involved in the battle with the the German Battle Cruiser Scharnhorst on the 26th December 1943.

During his time spent on HMS Opportune, Ernest became great friends with many of his shipmates, which lasted a lifetime as they would meet up at reunions annually. His greatest friend was radar operator Harry Rattcliffe (nickname on board, “ping”) from Rhyl North Wales, who he remained friends with for over 70 years.

HMS Opportune also served in North Africa, Atlantic and on the Normandy Landings 1944.