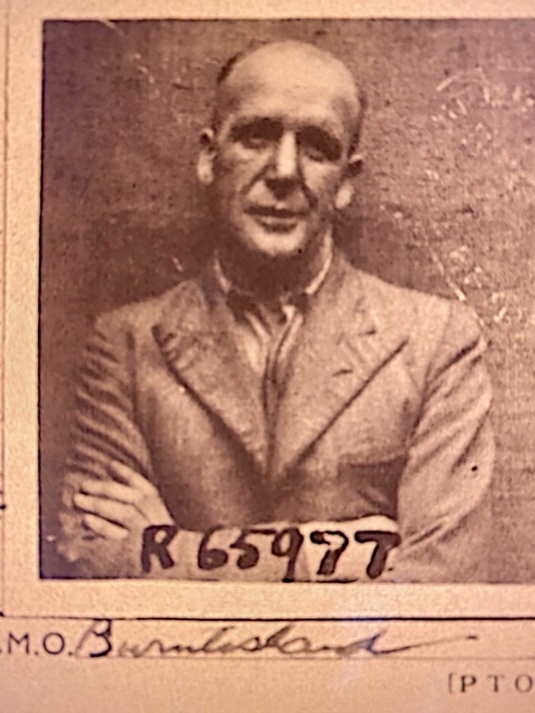 My Great Uncle Ernest was born in Leith, Edinburgh, Scotland in 1906. The son of a Scottish mother and German émigré, I never had the privilege of knowing him as he died two years before I was born. However, during my time uncovering our family genealogy I discovered that he had served in the Merchant Navy on the convoys as a ship’s fireman during the war and was awarded the BEM (Civil Division) for the part he played during Convoy QP10.

In researching this act of bravery, I have come to learn that the story varies a little depending upon the source, but it would seem that Ernest, along with two other crew members, volunteered to go below and maintain steam during a critical time when their ship, SS HARPALION, was badly damaged whilst under sustained air attack and at risk from local U-Boat activity.

The press reports released at the time suggested that HARPALION made it safely to port as a result, however I have since learned that she was damaged to the extent that an escorting destroyer sent her to the bottom to deny her and her cargo to the enemy.

This would not be the last time Ernest found himself a survivor following enemy action, but the award of the BEM was, to me, clearly something special.To date, I do not know if he ever collected any of the entitlements or awards bestowed upon him. I was certainly too late to know anything about the belated Arctic Star award or the Russian Ushakov medal. It transpires that as a great nephew I am too far down the family line to qualify as ‘next of kin’ for UK awards and honours, and past the statute of limitations to secure the Ushakov medal on his behalf.

If anyone has any memories (fond or otherwise!) of Ernest I’d be keen to hear them. He was no saint (judging by a few press reports I have found about some of his ‘exploits’ after the war, but I do not feel any of us are in a position to judge a man who went through hell with his colleagues more than once and survived.