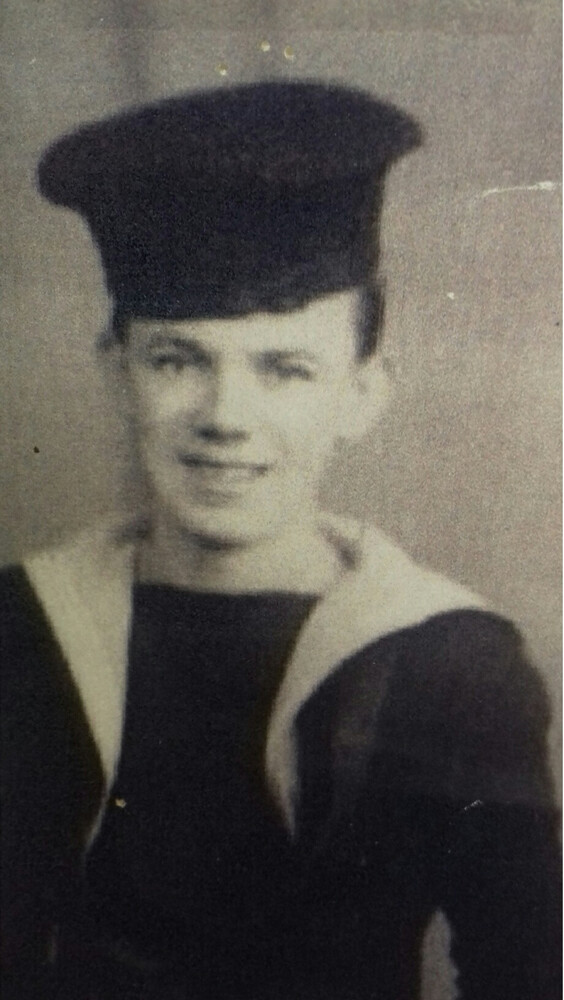 For the next 4 years Frank saw service in the Atlantic and Mediterranean, Australia and Celylon, the Arctic Convoys and supported the Normandy Landings.

The Activity initially operated in the Atlantic supporting convoys to and from the UK to West Africa and Gibralta and in the Western Approaches for Convoy Defence.

In March 1944 with Escort Carrier HMS Tracker, HMS Activity joined Russian Convoy JW58. This convoy to Kola Inlet included USS Milwaukee which was being loaned by the US to the Russian Navy. The Activity then supported Convoy RA58 returning to the UK before returning to Kola Inlet in Operation FZ. The Activity returned to the UK (Convoy RA59) in what has been described as the most atrocious weather conditions.

One of the last duties of the Activity was keeping the English Channel free from U Boats in the build up to the Normandy Landings.This entailed policing the SW Approaches and the Bay of Biscay in the weeks up to D Day and during the Normandy invasion to prevent the 76 German U Boats that sailed from their Biscay bases accessing the English Channel to disrupt the landings. This campaign led by Capt Frederick John Walker resulted in 36 direct attacks in the first 3 days during which 8 German U Boats were sunk by surface vessels with aircraft claiming another 6. Despite further attempts the German U Boats never returned in strength and were quickly dealt with when they did.

Frank’s service awards include the Atlantic Star, Arctic Star, Pacific Star with Burma Bar and the 39-45 Star and Defence medals. As well as receiving commemorative medals over the years from the Russian Federation Frank has recently been awarded the ‘Ushakov Commemorative Medal’ and been nominated to receive the ‘Croix de Guerre’ from the French Government in recogition of his service.

At the end of WW2 after being demobbed Frank joined the Merchant Service and for many years sailed the seas on civilian ships. As a Royal Navy Reservist however, he was active with many RN campaigns over a number of years after the war had ended.

Frank now lives in Chesterfield and at 93 years old enjoys a quiet life.

He is still active with the Chesterfield British Legion as their 2017 President and still attends many commemorative functions in memory of those who served and those who didn’t make it home.

Frank donated his model of HMS Activity to the Russian Arctic Convoy Museum where it is now on display. He also kindly agreed to be interviewed by two of the RACP team, and his interview can be downloaded at the link on the left. It provides some fascinating insights into what it was like to be on an Arctic convoy.