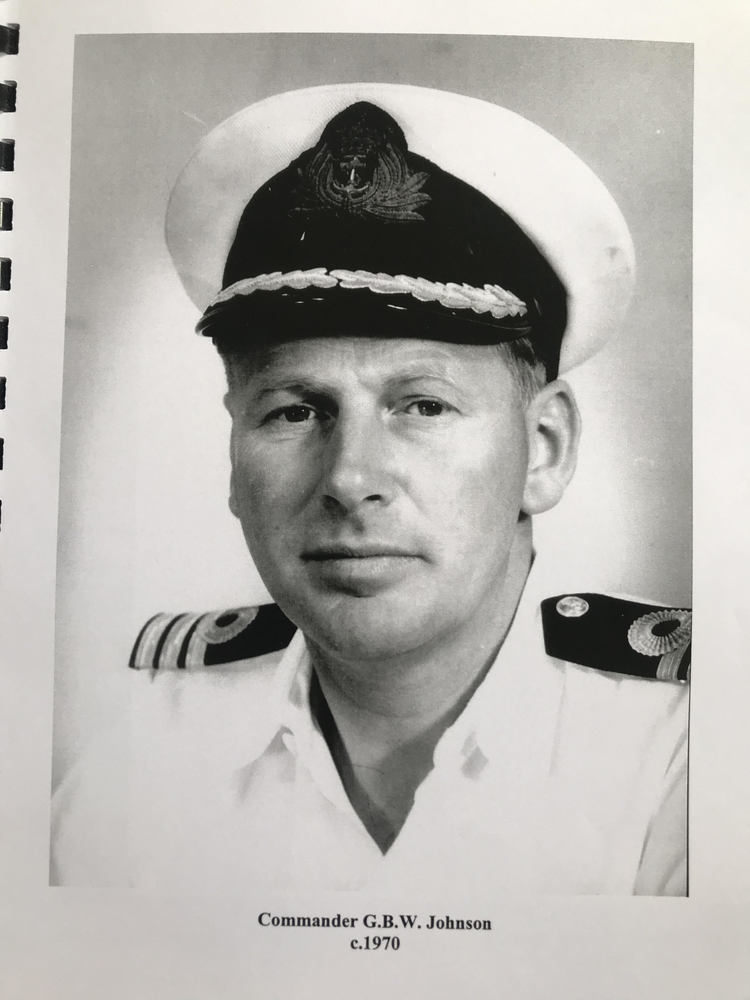 “In 1946 Brian joined the Opossum in Auckland, NZ as navigator, that ship patrolled the waters from Singapore to Japan. At the cessation of WWII he mine swept in the Thames Estuary, surveyed wrecks and was involved in beach reconnaissance work in North Africa.” (Royal Navy Museum Oral History, DLA 0204, May 2001, summary page).

1951 Brian joined the RNZN taking up his appointment as lieutenant and assistant surveyor 3rd class. He was promoted to rank of Lt Cdr in 1956.

Brian had an extraordinary recall of his life at sea. His stories were always wonderful to listen to. He was involved in many key places during the war, the Normandy landings, the invasion of the south of France, the Japanese surrender, and of course the Arctic convoys. His oral history makes fascinating reading because of his attention to detail.

I am a member of Brian’s extended family and a family friend. I was closely involved in arranging his funeral and learnt much about his life, more than he had already told me!