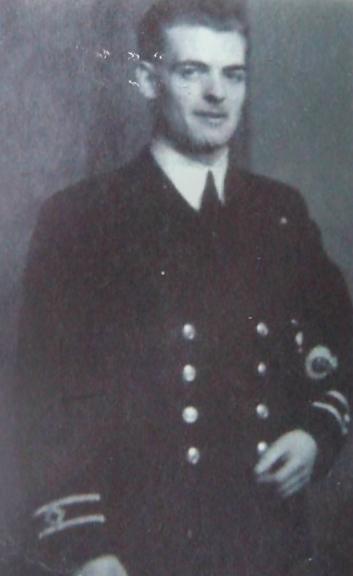 Written and photo by George Graydon.

I went to sea as a deck boy in June 1936 on the east coast of the UK, then changed to a ship trading from London to The European continent, ie France, Portugal, Holland & Germany. When war broke out we traded mainly with Amsterdam in Holland. Motoring up the London river during the heavy German bombing raids was a dreadful nightmare.

Trading up & down the east coast of the UK. was a horrendous experience as we had to contend with raids by Stuka dive bombers, mine fields where eternal rough seas had broken them loose from their moorings. We lived on the edge never knowing if we were about to be strafed by dive bombers, blown up by loose mines or rammed by a following ship in the convoy.

I decided that it was time to join a foreign going ship & see the world. I joined a brand new ship called The Banalbanac. We left Glasgow on her maiden voyage with Bunker Coal as ballast for Singapore in Malaya. The convoy escort stayed with us for a while then we sailed alone for the Panama Canal & Malaya. We left Singapore for New South Wales picked up Manganeze ore and headed for Hobart & New Zealand to pick up a cargo of wool then returned to the UK via Cape town in South Africa, then Joined a convoy for the UK off Halifax N.S.

The next voyage was to Vancouver Island to pick up a load of lumber. The Atlantic weather was at its worst. We broke a main engine bed plate due to vicious gales & no cargo to help stabilize her & had to limp into the Azore Islands for repairs which took a while, we then headed for the Panama Canal & the west coast to Vancouver Island. Once loaded we headed for home & joined an Atlantic convoy to the UK.

Then followed voyages to provision the Garrison in the Faroe Islands, collecting a cargo of Bauxite from Kingston in Jamaica. Next a cargo of brown sugar from Guantanamo Bay in Cuba.

The voyage to Hell, to Murmansk in north Russia started in January 1942 and ended with the S.S. Harpalion being badly damaged by bombing & sunk in April 1942 approximately 120 miles off the North Cape of Norway.

After obtaining permission to attend Nautical College I passed my exams as a Deck officer. My second trip to Murmansk was as 3rd officer on the Convoy Rescue ship Zamalek. She had the honour of having saved the lives of more than 600 seamen & Capt Morris was awarded the D.S.O. for his services.

I sailed on various other ships as 3rd 2nd & chief officer before being discharged in 1946 from the Shipping Pool & changed my profession to Engineering.