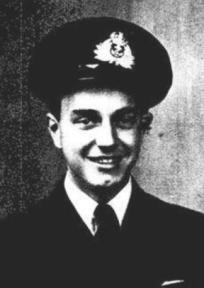 Gordon’s service in the Royal Navy began in December 1942. His participation in the Arctic Convoy Operations took place during the Autumn and Winter of 1943-44 and during the Spring of 1944.

In the Autumn of 1943 he served in HMS Anson – a new battleship in the Home Fleet, based at Scapa Flow, which was part of the long-range support group for the Convoys to Russia (Convoys RA54A and RA54B).

HMS Anson was also involved in activities aimed at enticing German capital ships to put to sea e.g. Operation Leader in October 1943, which attacked German shipping along the coast of northwest Norway, which Gordon says, “(was) something I remember well as I was down in the shell room of B Turret at action stations.”

From January to May 1944 he served in HMS Rattlesnake, a Fleet Minesweeper/Escort of the 18th Flotilla, as part of a close support group for convoys sailing from Loch Ewe past Iceland and Jan Mayen Island en route to Russia, especially during February and March of that year (Convoys RA56 and JW58).