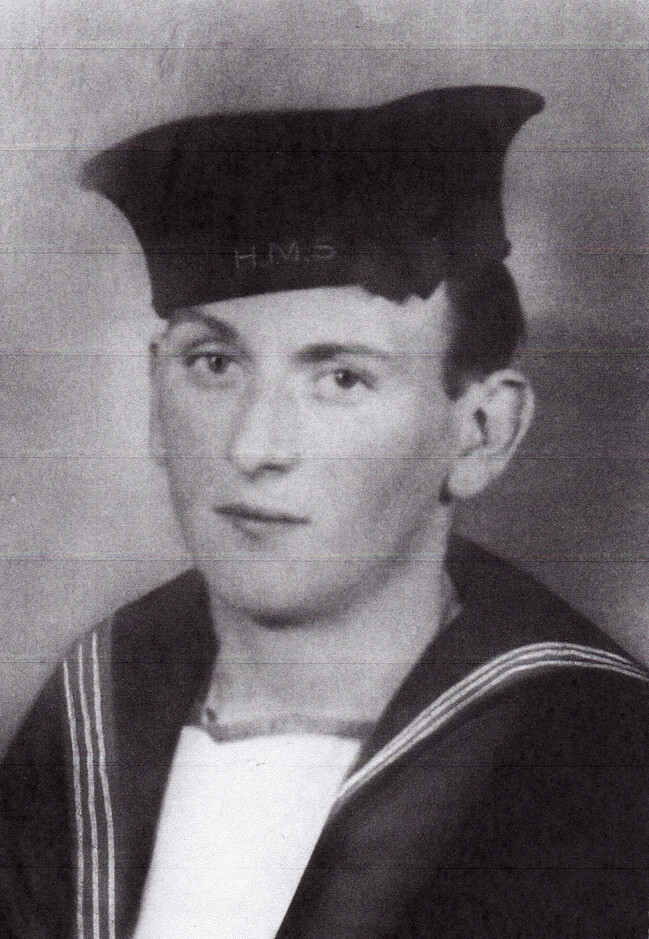 Written by Brian Wilson: Son of Harry and Edith Wilson May 2017

Volunteered for the Royal Navy on 1st April 1942.

For the next 3 years Harry saw service in the Atlantic and Mediterranean, Australia and Ceylon, Singapore and Colombo, the Arctic Convoys and the pre and post Normandy landings.

The Activity initially operated in the Atlantic supporting convoys to and from the UK to West Africa and Gibralta and in the Western Approaches for Convoy Defence.

Ships of the Home Fleet providing distant cover. This convoy to Kola Inlet included USS Milwaukee which was being loaned by the US to the Russian Navy.

During this convoy six shadowing aircraft were shot down by aircraft from the carrier.

On the 2nd April carrier aircraft carried out attacks on submarines causing damage and shooting down a Ju88 aircraft. On the next day Submarine U288 was sighted and attacked by Swordfish Aircraft of 819 Squadron. U288 was sunk North of North Cape by rocket attacks despite intense AA fire and manoeuvers by the submarine to avoid being hit.

The Activity then supported Convoy RA58 returning to the UK before returning to Kola Inlet in Operation FZ. This Convoy included the Activity, Diadem, Fencer and 14 Home Fleet Destroyers and 4 Canadian Frigates attached to the Home Fleet. The NEA Hellas also took passage with these warships to bring Russian Naval Personel from Murmansk to man ships being transferred to Russia. Unfortunately the Hellas had to return to the UK after developing defects resulting in the Soviet Personal together with US Navy Personel embarking the War Ships and some merchant ships for the return passage to the UK.

The Convoy including the Activity returned to the UK (Convoy RA59) in what has been described as the most atrocious weather conditions. During this passage shadowing aircraft were destroyed by carrier aircraft and 3 submarrines sunk.

One of the last duties of the Activity was keeping the English Channel free from U Boats in the build up to the Normandy Landings.This entailed policing the SW Approaches and the Bay of Biscay in the weeks up to D Day and during the Normandy invasion (Operation Neptune).After the war in Europe had ended the Activity was deployed in the Far East transporting essential stores to Trincomalee Ceylon in support of the British Pacific Fleet who were still engaged in conflict with the japanese.

The Activity then took passage to Colombo and was seconded in support of the British Pacific and East Indies Fleets.

The Activity then took passage to Sydney where one source records the rescue of survivors from the ship US Mercantile Peter Sylvester off the Australian coast.

On 22nd Sept 1945 HMS Activity sailed from Trincomalee via the Mediteranean to the UK where on 20th Oct 1945 she was tied up and reduced to Reserve status in the Clyde.

During his time on the Activity he be-friended a lady pen pal who worked at the Rolls Royce ordinance factory in Crewe and who he had been writing to for over 3 years.

He married that lady and settled in Sandbach Cheshire after the war, bringing up 4 boys and a girl and celebrating 60 years of marriage together.

Harry’s WW2 service awards as well as the Arctic Star include the Atlantic Star, Burma Star with Pacific Bar and the 39-45 Star and Defence medals. Harry has also received commemorative medals from the Russian Federation over the years including the recent Ushakov Commemorative Medal for his service in the Arctic Convoys.