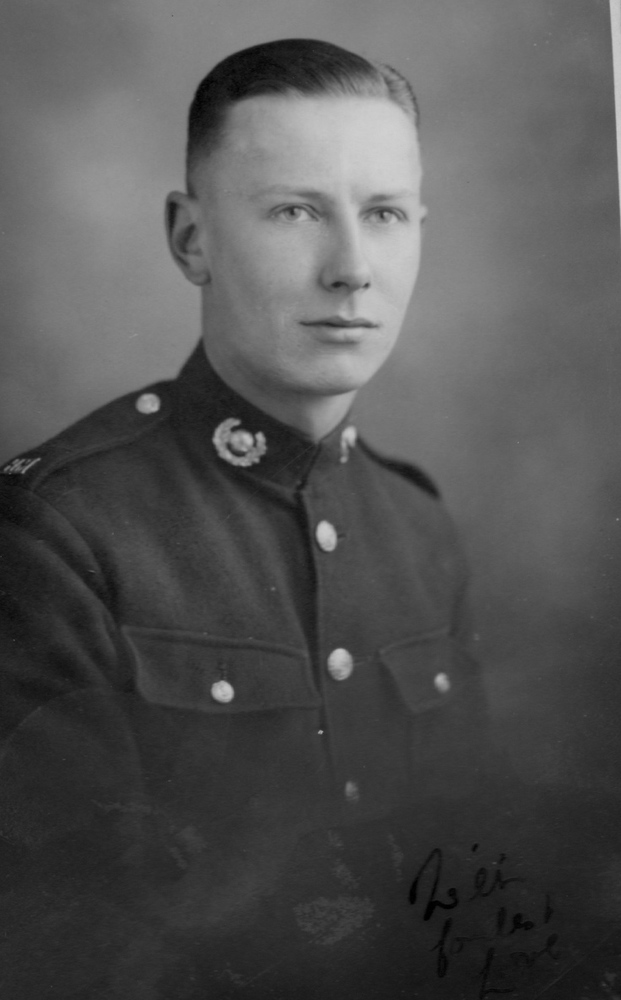 John was born on 5th February 1918 in Exmouth, Devon. When John was born, his older brother, Alex was just over two years old, their father, Alexander Alfred Wilson, was to die in December 1918, leaving their mother, Mary, to bring up the two little boys.

John attended Exmouth Grammar School and having matriculated was offered a place at the University of London, however his widowed mother was unable to afford the fees, so he left school to work as a clerk. In 1938 he volunteered to join his father’s regiment, the Kings Own Yorkshire Light Infantry. This proved not to his liking, as the following year he bought himself out from the army and joined the Royal Marines in October 1939.

After training John joined heavy cruiser HMS Norfolk in June 1940 as a marine gunner. He served in 17 convoy escorts round the North Cape to Murmansk and was on board HMS Norfolk when she was trailing Bismarck. In July 1942 Norfolk was part of the escort group for the infamous Convoy PQ17. This convoy to Murmansk tragically lost twenty-four from thirty-five of its merchant ships to Luftwaffe and U Boat attacks. In December 1943 during The Battle of the North Cape, an eleven-inch shell from the German Battleship Scharnhorst hit and exploded on ‘X’ Turret. As a marine, John would have been manning this gun turret, where he was the gun-layer. In ‘X’ turret one officer and four ratings, including John’s best friend, were killed but he survived.

Late in 1944 he was posted to Ceylon (now Sri Lanka), finally being demobilised in 1946. John’s wartime legacy was the malaria caught in Ceylon resulting in liver failure sadly ending his life at the tender age of forty-five in 1963.

During October 1942, Norfolk was covering military convoys for the Allied landings in North Africa, at this time brother Alex was serving with the Royal Sussex Regiment in North Africa, possibly the closest they were to be during the course of the War.

John met Phyllis on a blind date in London and they married only four weeks later on the 23rd December 1944. They have one daughter, Margaret.

After the war, John settled in Hertfordshire and trained as a Police Constable, although offered promotion on several occasions, he turned it down, preferring to remain a ‘copper on the beat’.

John was a kind and loving Husband, Father and Uncle, a true ‘Gentleman’ sadly and sorely missed after his untimely death.

02/11/1946 Upon discharge John’s character was described as ‘Very Good’ and he was awarded a 1st Class Good conduct Badge.