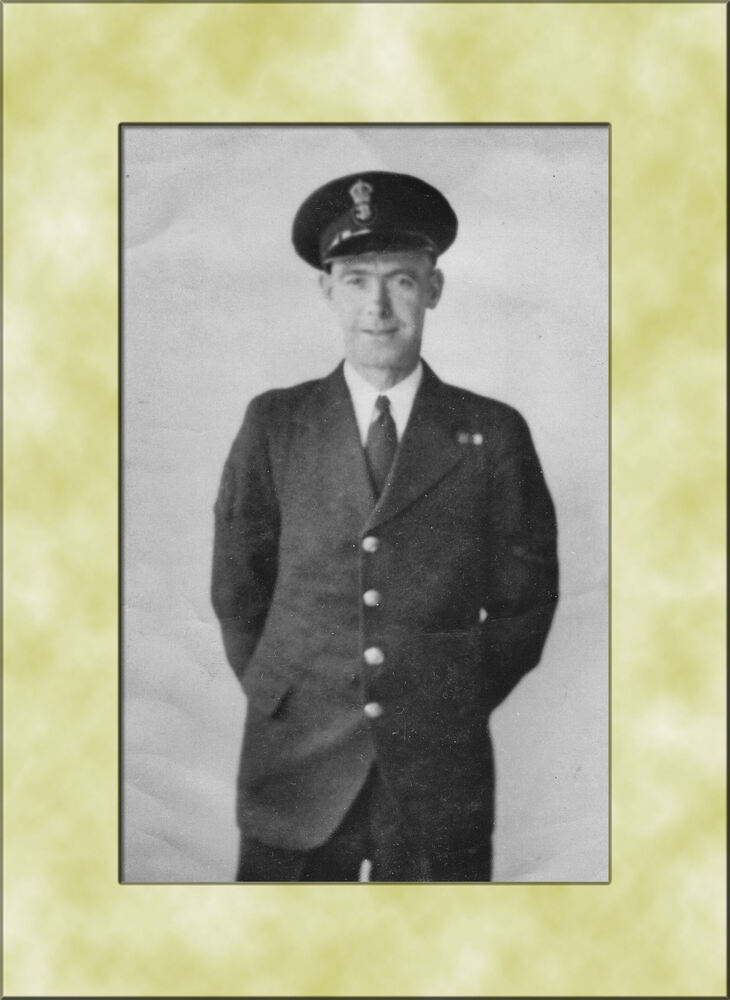 As My Grandfather (“Taid” as we knew him) never really spoke about his exploits during the war years, I have typed a copy of an interview he did with a local paper, as these were his own words, and who better to tell the story.

Mr Ivor Williams of 8, Beech Mount, Colwyn Bay, has the chance of attending a reunion with a difference at the end of next month, for he is one of the survivors of HMS Trinidad and the reunion coincides with the publication of a book and a Television documentary about the ship. The book, “The Ship that torpedoed Herself” will be published in late May and a Television documentary, based on the book and produced by Westward Television, will be screened on May 29th the night of the reunion.

Mr Williams joined the Royal Navy in 1940 as a ships plumber and was posted to HMS Trinidad in 1941, five months before she put to sea. The ship was built in Devonport but, as the dock was being bombed, it was decided to finish her in Scotland. However, a battleship took Trinidad’s Berth, so they went to Plymouth instead.

During that five months, Mr Williams got to know the run of the ship and, in January 1941, they put to sea. After a rendezvous with an American convoy at Sadizfiord they sailed to Russia. The voyage took seven days as the weather was bad, with freezing fog. They waited a week, then returned to Scapa Flow. After that, the ship did some Atlantic patrols and, on St David’s Day, the crew was ashore at Scapa Flow, in the Garrison theatre, when they were all recalled to the ship. In six hours, they sailed for Iceland.

They waited there for about a day for the convoy to gather, then they were attacked by German Destroyers and badly damaged, but the ship was able to limp into Murmansk, Russia, where she entered dry dock, “there was snow everywhere” Mr Williams said, “and the Russians had camouflaged the ship so well that the enemy aircraft, based close by in Norway, could not see her from the air.”

After Two months in dry dock, they put to sea again on May 14, intending to go to Philadelphia. But, on their first day at sea, they were under attack from German planes for 18 hours. Trinidad was so badly damaged that the Captain decided the Crew should abandon ship. Two Destroyers, Matchless and Somali, came alongside and took 200 men at a time off the ship. When the crew landed at Greenock, they only had the clothes they were wearing, including a duffle coat and sea boots, all the rest of their belongings were left on the ship.

In the two attacks, they lost around 190 men. 850 survived. Mr Williams said that, at the time, they did not have much to think about what was happening. They had formed a chain gang to carry shells from the forward part of the stern.

Sometime afterwards, the crew found out it was one of Trinidad’s own torpedoes that had deflected back which had put the biggest hole into the ship. “The hole was so big you could get a double decker bus through it”, Mr Williams said. When it was obvious the ship was too badly damaged to be repaired, she was finally sunk by Matchless.

His health permitting, he hopes to be able to attend the reunion in Plymouth and meet some of his old shipmates.

We knew him as “Taid” which is the welsh version of Grandad, he never spoke about his experiences during the war, it was only as I grew up that I researched his history and the full horror of what he and his shipmates went through. He was a native of Llysfaen, Colwyn Bay, North Wales and, until he retired in 1970, was a plumber with Bevans in Princess Drive, and with Conwy Valley Water Board. (Later to become Welsh Water).

He lived in Colwyn bay for the rest of his life, he was married to Blodwen, and they had Four Children, he became a widower in 1979, and sadly passed away in 1987, I was able to obtain his Arctic Star medal on his behalf, but sadly he never lived to see the medal.

He maintained his Naval training throughout his whole life, and always made sure his hair was cut neatly and his clothes clean and smart whatever the occasion, especially his highly polished shoes!