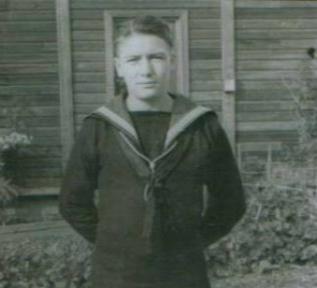 Why Do I Have To Die So Young?

This was originally published on the 6th May 2005 by The Northern Echo, written by Nick Morrison. The main photo of Jack, taken in 2005, is by Dave Wood. Special thanks to The Editor, Peter Barron, who has allowed us to reproduce Jack’s story here.

25th February 1944 : 9pm : On board HMS Mahratta : Position – just below Bear Island inside the Arctic Circle

Jack Humble, age 18, was in his bunk. It was 3 hours until his next watch and he was taking a well deserved rest. Then the torpedo struck. There was panic. Men stampeded for the deck.

But what Jack did next possibly saved his life. All he was wearing was his underwear, it may have been wool but it was no match for the Arctic. He put on every piece of clothing he could find; socks, gloves, boots, mitts… then he went down the passageway to get on deck. A second torpedo struck. The men were trapped. Debris blocked the stairs. After what seemed an age, they managed to clear the debris and the sailors rushed on to the deck. The scene that greeted them was of panic & chaos.

“People were throwing themselves overboard because the ship was sinking. They were shouting for their wives and their mothers. It was terrible”. He saw a friend Alec Jones. Alec asked for his gloves so Jack gave him his mitts. Alec put them on his feet. They both knew their prospects that stormy Arctic night were bleak. The ship was at the back of the convoy, it would be some time before another ship came, jumping into the sea was just another way to death. Jack & Alec tried to release the rafts which lined the deck but they were frozen solid. They linked arms but, before they could jump, a huge wave washed them both into the sea. Jack never saw Alec again.

“I was getting sucked under with the ship. I remember getting pushed round and round under the water. But with a little bit of luck I suppose I came to the top and managed to swim away from the ship. Everybody around me was dead. I tried speaking to people. Nobody answered. I couldn’t find anybody alive. They had been in the water longer than I had. I just thought that was the end”.

Jack was covered in oil from the ship. It was in his eyes so he couldn’t see. Then he heard a voice. Another sailor was alive. The voice shouted that there was a ship in the distance. Jack, through his oil-smeared eyes could barely make out an outline but they started to swim towards it. The other sailor had been in the water longer than Jack, he could go no further. Jack never knew his name. “He saved me but he didn’t save himself. I remember thinking why do I have to die so young? I don’t remember much after that”.

The crew of HMS Impulsive saw him in the water and threw him a line. He started to climb but he was numb from the cold and fell back into the water. Life expectancy in the water was 5 minutes, Jack had been there for at least 20. He knew the end was close. But, it was those same atrocious conditions that saved him. He was being thrown about in the water and it was a huge wave which pushed him level to the deck. “I was being thrown about. The next thing I knew a wave took me up the side of the ship to the level of the deck. They pulled me by the hair and pulled me in”. Jack was carried below and the crew worked on him, puting him on a table, rubbing his hands and feet, trying to get his circulation going. A petty officer was put beside Jack. He died as the crew worked on him.

The next day Jack awoke and was told 17 survivors had been pulled from the sea. The Mahratta had a crew of 246. “I lost all my pals, really”, he whispers.

Jack stayed on the Impulsive which continued into Russia with the convoys. When they reached Russia the 17 survivors were taken to a hospital. Two were in a bad way and put in a seperate room. One day they were gone. Jack never knew what happened to them. He was taken back to Britain on the aircraft carrier HMS Chaser.

This had been Jack’s second convoy. He had enlisted in his home town of Durham as a 17 year old and wanted to join the RAF. But he discovered he would be an apprentice so opted for the Navy to be a gunner. On his return to Britain he decided the Navy was no longer for him. He joined the army and was recruited into the Parachute Regiment. In 1945 he was dropped into Denmark, mopping up the retreating Germans. After the war he served in Palestine for two years before being discharged.

Twenty years after the war he went to Stockton to search for the family of Alec Jones but the street had been pulled down. A few years earlier he had been contacted by Corporal Fred Hill, a fellow survivor of HMS Mahratta. They wrote to each other and visited but lost touch. He has never met any other survivors from the ship.

Jack never joined a veterans association. He rarely talks about what happened and has never joined the campaign for a medal for veterans of the Arctic Convoys, although he does support it.

After the war, Jack married, had two children and became a successful businessman but his memories of World War II and The Arctic Convoys have never faded. He has visited The Convoys Memorial at Cove on Loch Ewe every year to lay a poppy wreath and contributed towards the erection of several related memorials, including the Arctic Convoys Memorial in Murmansk. In recognition of this he was awarded a Certificate Grade 1 by the Arctic Campaign Memorial Trust as were other Arctic Veterans but Jack’s is very rare and precious as he is mentioned as a survivor of HMS Mahratta; there were only seventeen of them. He also attended the Memorial Service at Cove in August 2011 to commemorate the 70th anniversary of Operation Dervish.

Now a widower, Jack, at 86 years of age (in 2012), lives in Durham and is still very fit and active, enjoying his gardening together with a busy social life. He still keeps in touch with various families connected to the crew of HMS Mahratta and his elder brother, now aged 90 also lives in the city.

Jack is also blessed with a great sense of humour as he illustrated when asked to spend Christmas in Switzerland with his daughter and family – “No thanks.. I’m still thawing out from The Russian Convoys”.

Jack recalls miraculous rescue after his ship was torpedoed as he celebrates 90th birthday.