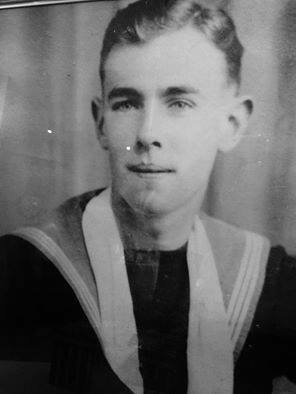 Written by his son, Trevor Boardman, edited by Natasha Miles.

John left Birmingham to train in HMS Drake, after which he joined HMS Starling on Atlantic Convoys, sub hunting under R.N Walker. The ship was then assigned to Arctic Convoy duty, and made 3 trips to Northern Russia. He then sailed down to the English Channel on minesweeping duty, and took part in the D-Day landings. Following this, John joined HMS Houge and sailed to Australia, Hong Kong and Japan. He finally returned home via a Liner back to Plymouth for de-mob. The photo above was taken just after his medal presentation from the Russian Federation. He is front row centre.