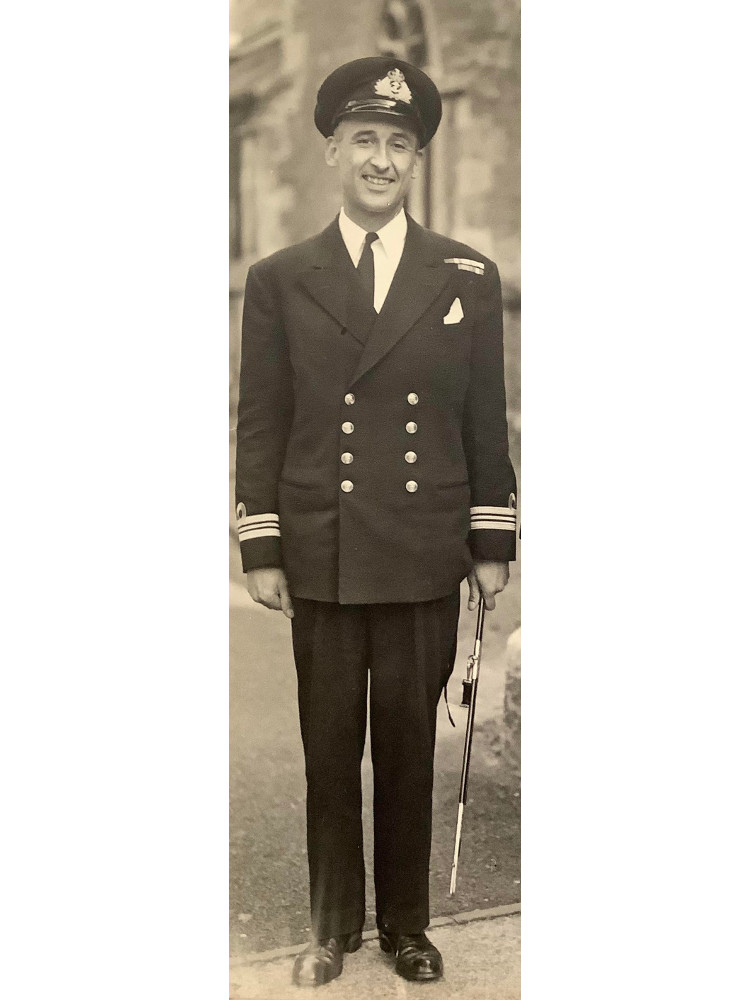 Our father John Philip Shenton, always known as Philip Shenton, was born on 2nd June 1914 at Heaton Mersey, Stockport in Cheshire. He joined the Royal Navy as an Engineering Cadet at the Royal Naval Engineering College Keyham, in Plymouth, in the early 1930s, and completed his training on HMS Frobisher, the Officer Training Ship. Our knowledge of his Naval career is alas scant, as he chose to blank it, as a result of what he experienced during WW2, however we know that he was serving as a Flight Deck Engineer in HMS Courageous when she was torpedoed and sank in 1939. Copies of Navy Lists, that I possess, show that his seniority in the Rank of Lt(E) is given as 1st August 1937.

With regards to his time serving in the Arctic Convoys, again Navy Lists show that he was appointed to the destroyer HMS Icarus on 19th December 1941 in the Rank of Lt(E), in which he would have served as an engine room Officer. The convoys that HMS Icarus escorted during his time on board can be found here:

His next ship was the cruiser HMS Bellona, which I believe he joined when she was a new ship, in September 1943 and served in her during her first commission. He was still a Lt(E) when he joined her, but was promoted to the rank of Lt Cdr(E), with effect from 1st November 1944, and stayed in her till the completion of hostilities. He was promoted to the rank of Commander (E) on 30 June 1949, so it is reasonable to assume that he may well have been the Deputy Engineer Officer, whilst on board. The convoys that HMS Bellona escorted whilst he was on board can be found here:

Having enjoyed a 22 year career in the Royal Navy myself, which took in a trip to the Kola Inlet, albeit in summer, we shared an experience in common, and whilst he remained tight lipped about his experiences he did mention, that rough weather never worried him as he had very good sea legs, but the most uncomfortable bit for him, was to have to go from the warmth of the engine room up to an open bridge to give a report to the command. When I was a teenager, he gave me his duffel coat one winter, remarking that he hated wearing it, as when it got wet and froze, it would cut into his legs. He also told me of the constant need to keep upper deck fittings free from ice around the clock, using steam hoses and pick axes, to prevent the ship from becoming top heavy and capsizing.

Philip’s last appointment prior to retiring in the rank of Commander(E) in 1961, was Executive Officer of the Naval Pay and Drafting Establishment, HMS Centurion, when it was at Haslemere in Surrey.

Sadly Philip passed away on 19th December 2000 age 86, having spent the last 45 years of his life at the family home in Hindhead, near Haslemere in Surrey.