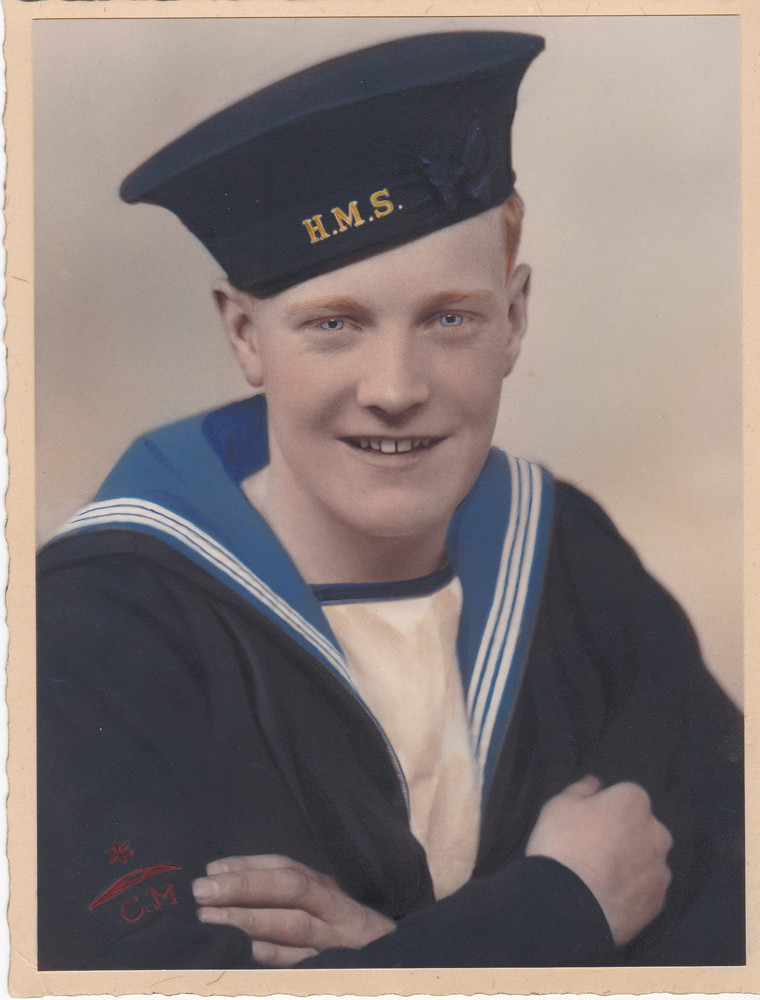 Ken was born in Golcar, Huddersfield, West Yorkshire. He served his time as a butcher and slaughterman.

He entered the navy on 18th Jan 1943 at HMS Ganges as an ordinary Seaman, promoted to Able Seaman whilst serving at HMS Vindictive 11 and was discharged on 13th September 1946 from HMS Pembroke.

He served on HMS Obedient from 6th September to 21st October 1944.

Following his marriage to Madge and the birth of his children Yvonne and Richard he moved to Brighouse and continued in the butchery trade where he bought and ran a successful business, originally with his brother in law and then Richard until his retirement in 1987.

He was always very proud of his time in the navy and when speaking of the convoys his favourite phrase was “the ice was the biggest enemy”.