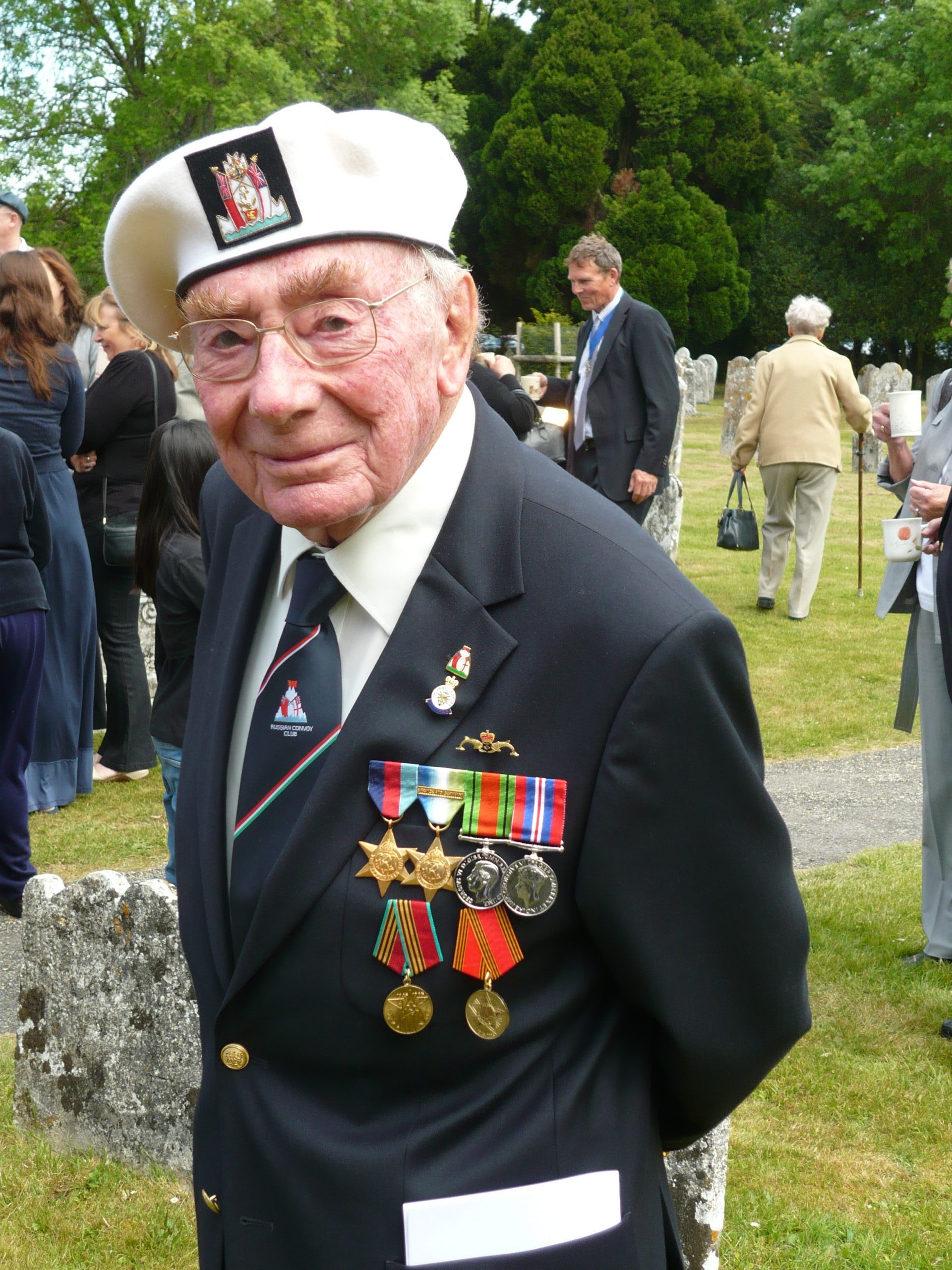 From a young age Michael Robinson had a fascination with the sea and a longing to earn his living as a sailor.  This wish was almost realised in 1942 when his father arranged for him to be accepted into the Cunard Steamship Company as a cadet.  However, the ship to which he had been assigned was sunk in the Atlantic en route from Canada to England.  His mother put her foot down and let it be known in no uncertain terms that Michael would join Cunard over her dead body!

In 1943 Michael applied to and was accepted into the Royal Navy.  Parental approval was required and his father, who had volunteered to serve in the army in 1914 understood his wish to enlist and agreed to sign the consent form.  His mother was none too pleased!

Between December 1943 and April 1944 Opportune escorted a total of six convoys to and from Murmansk.  Winston Churchill described this as the worst journey in the world.

On 12 December 1943 Opportune formed part of an escort for 19 ships.  Four U boats deployed to intercept the convoy but failed to press home an attack and they reached Kola Inlet on 20 December.

On the return journey Opportune was detached from the convoy and on Boxing Day was ordered to join the cruisers Belfast, Sheffield and Norfolk with orders to attack enemy surface ships.  The Battle of North Cape began at 8:40 am on Boxing Day and culminated in the sinking of Scharnhorst at 7:45 pm.  Opportune participated in the battle by firing two salvoes and scoring one hit with each salvo.

On 18 July 1944 Michael was rated an Able Seaman.  Michael mentioned this may not seem of great importance but it represented an increase in pay and (more importantly) he became entitled to a daily tot of rum!

In August 1944 Michael volunteered to join the submarine service and following training at HMS Dolphin he was assigned to HMS Tiptoe.

Tiptoe’s main function was to patrol the seas off France and Denmark and at times as far north as Norway searching for enemy warships and merchantmen.  At one occasion they were forced to lie doggo on the sea bed whilst being depth charged by a German destroyer.

At the conclusion of each patrol the crew were put through the escape drill procedure in the water tank.  In January 1945 whilst taking part in the routine test a faulty valve in the apparatus resulted in Michael rising to the surface too quickly and damaged his ear drums sufficient to disqualify him from further service as a submariner.

Michael managed to obtain re-assignment to Opportune and in February 1945 Opportune continued her convoy duty.  The return journey was remarkable in the weather being the worst experienced by any convoy up to that time.  Between 17 and 27 February the convoy was pounded by Force 7 to Force 12 winds and 60 foot waves.  The ship was covered in ice. The crew were involved in chipping it off so that the ship did not capsize.

Opportune was paid off in October 1945 and Michael was assigned to HMS Phoebe from 1946 to 1947 when he was demobbed.

Michael wrote a memoir of his time on the Arctic Convoys, which you can download here.