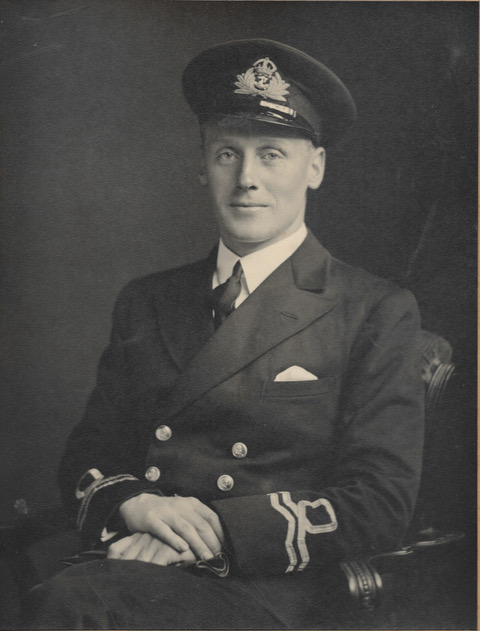 Born in Glasgow; his father was a Master Mason, and he was one of 6 children.

He qualified as  a Chartered Accountant in about 1930, and following the Wall Street crash, could not get good employment, so sailed to Bangkok to work for a British firm, and play golf and rugby. He was a scratch golfer.

War broke out in 1939, and he started for home, stopping off in Sydney, found that the quickest and cheapest way home, was to join the Australian Navy as an ordinary seaman.

I asked in the Maritime Museum in Sydney, why he would have gone on to serve in the British Navy, but apparently that was common practice as men were desperately needed for British ships.

He therefore served out the war on HMS Saxifrage, a corvette of the Flower Class, based for some time in Inveraray  (where he met my mother who was in the WRNS). And he became a Second Lieutenant.

He was on PQ14 and QP11  according to your museum curator who was very helpful. Lovely lovely museum .

Of the Arctic convoys he said very little, but did entertain my sister and myself with stories of having hot chocolate on the very cold bridge.

He also said that when ships were torpedoed, you could not stop, and the men all said they wished for a quick death from hypothermia, otherwise the burning oil got you. A horrifying thought.

He also went all over the world, the Mediterranean , and South America etc. He said they had picked up a merchant seaman, in the Mediterranean,  and a year later picked up the same man; I think, off Barbados. The guy was extremely thankful to see them again!

He was given 7 medals:

I also have his Sailors Pay and Identity book, stamped 1940, monthly pay started at 32/- ( shillings)  and rose to £15, I think when he became an officer. Stamped HMS Devon 1945 when he must have been demobbed.

He had great trouble persuading Authority to demob him in GB as they wanted to send him back to Australia……he was due to marry on 14.08.45 , the day war ended, ie VJ day.