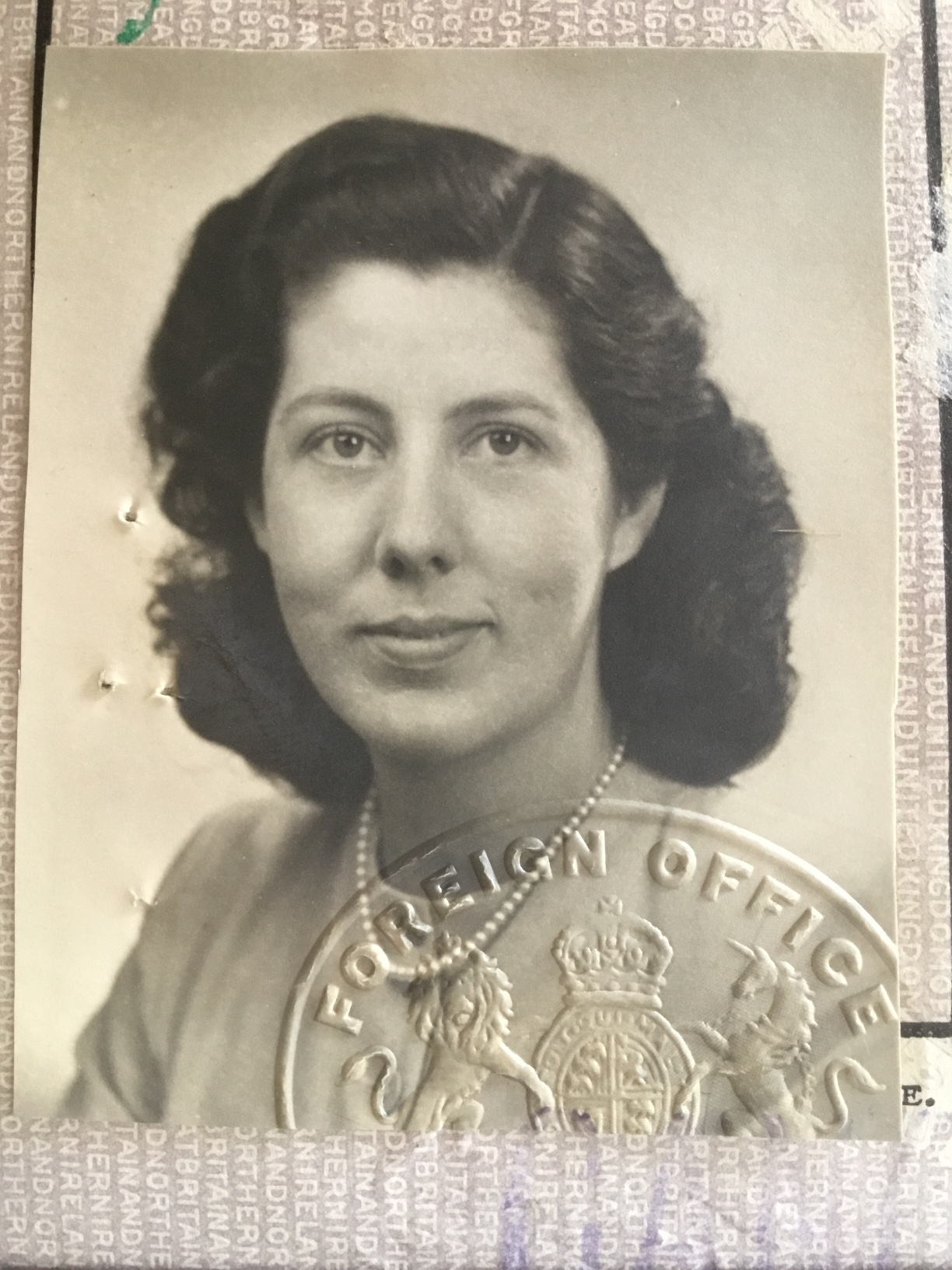 My late mother, Pamela Watson (later Boswall), was a signal Wren at Loch Ewe from May 1944 for over 6 months.

I interviewed her on tape in November 2000, aged 76, about her life, including her time at Loch Ewe, where she dealt with the Russian convoys.

(Note: There are links below to 3 recordings.   After clicking to start one, you can click along the line at any point and it will jump to that point.)

The first recording describes her training as a signal Wren at HMS Cabbala in Lancashire, which began on 1 February 1944  before being posted to Loch Ewe on qualification in approximately May 1944.   The Loch Ewe material starts at 7:30, explaining her duties and life at the Signal Station on the top of the hill overlooking the deepest part of the loch.  The Wrens had replaced the Royal Marine signallers, allowing them to be posted to the Far East.  She describes 18 hour shifts, being fed porridge by the cook whilst signalling.

The second recording describes the anchoring of the ships (different locations for Liberty boats and the naval boats), the change of the escorts, being treated by officers on HMS Devonshire, being surprised by Chinese cadets (thinking they were Japanese!), being “on the lights” with drunk American sailors proposing marriage by signal in the loch, the stress for the men going on the convoys due to the losses.  It ends with some general comments about morale, sharing and the “incredible British humour” of ordinary sailors and soldiers during the war.

My mother was born on 6 April 1924 and died on 8 December 2002.   She had returned from Trinidad in November 1943, aged 19, to join up, having been a cipher officer with Ferry Command at Port of Spain in Trinidad before that.

She herself had been on a convoy aged 16 leaving Plymouth on 25 June 1940 with her younger brother John for Trinidad, where they lived.  This is described in the third recording, including the incredible sight of the huge convoy of all shapes and sizes forming in the Bay of Biscay, protection by destroyers, helping to look after a ship full of children and the zig zag strategy to thwart the U boats.   She watched ships being sunk, including a large liner (which she misremembers as the SS Arandora Star, which was sunk on 2 July 1940 but not in this convoy), and would have had some understanding of what the sailors in the Arctic convoys would have experienced.  Her older brother Brian served as a Royal Marine during the war on HMS York and other ships.