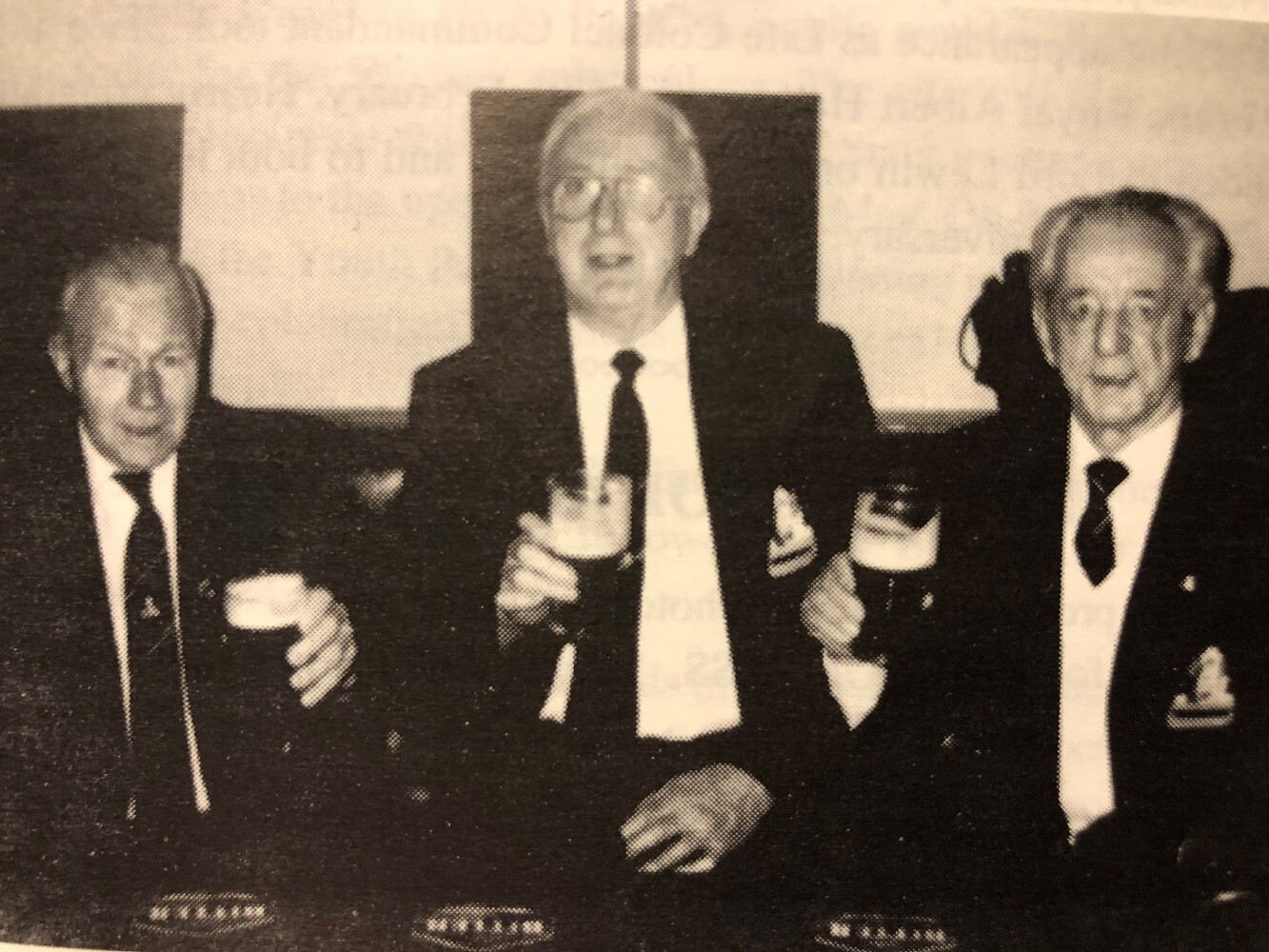 An account of the “Soroy Incident” written by Percy Jones, who served on HMS Zealous.

Convoy JW64 had reached Polyarno, Kola, on 15th February 1945, after quite an awful trip from the Clyde.It was bitterly cold, and we were waiting for the merchant ships to unload before returning to UK.

We were permitted to go ashore, but were not allowed to walk very far. At that time the enemy was bombing Norwegian civilians who had gathered on the island of Soroy. One of their young men had managed to cross the mountains into Sweden to seek help for his companions, who were in a sorry state, living on squirrels, seaweed and any small animals they could catch.

The Swedes radioed the Red Cross, in Geneva, who radioed the Admiralty. The Admiralty radioed the Flag Officer at Kola, who immediately dispatched the destroyers Zest, Sioux and Zambezi to Soroy. Our ship, Zealous sailed at full speed- and a bit more- arriving there after about twelve hours.

We eventually hove to on full alert at a position 100 yards or so from the shore at Soroy. Nobody was in sight, the sun was out and snow covered hills reached down to the sea. A movement appeared on the nearest hill, a black dot which rapidly grew to become a man on skis. He shouted and waved. Within minutes, scores of people appeared, clothed in ragged clothes and carrying bundles of belongings. Their embarkation quickly took place, with the aid of a midshipman carrying a large revolver, the ship’s boat and crew.

When they reached Zealous the Norwegians needed no urging to scramble aboard, whilst throwing up their pathetic bundles. One bundle caused a rapid reaction by an A.B. on the deck, when a cry emerged from the bundle he was about to catch. He caught it with great care – there was a baby in it!!

One of the Norwegians who remained on the island is supposed to have told our skipper that there were two German armed trawlers in a nearby inlet. This, of course, caused maximum frustration to our much respected captain, Commander R. F. Jessel, R.N., whom we all knew had always had a grim determination to “hammer the Hun” With over a hundred civilians on board the captain knew that any action would evoke panic if the guns were allowed to fire. Loading completed, the Zealous zoomed away at maximum speed plus.

On board, the Chief Cook worked very hard for many hours, cooking meals for the survivors, who were very hungry and suffering from varying degrees of frostbite. The galley produced corned beef, mashed potatoes, bread and glucose for the babies.

The ship’s medical officer, for some reason, ordered that all the Norwegian women must be bathed and de-loused. At this point the Chief Stoker became famous, when he volunteered to take charge of this delicate situation. The women, being hungry, scared, bemused and frostbitten obeyed automatically, though in a daze. The Chief Stoker sat on an up-turned bucket in the after bathroom, armed with cloths, pussers soap and de-lousing solution.

They went in two at a time ( as a gesture to propriety?). The cloths were rubbed up and down, back and front, lather rinsed off with clean water. Amidst this steamy scene I was, also, present as the Jack Dusty, with thick woolly underclothes, socks, jumpers gloves, blankets and dry towels. Needless to say, one of the young Norwegian women wandered, un-noticed, out of the bathroom with her blanket over one arm and survivors gear in the other hand, and not wearing a stitch. Fortunately a three badged A. B. appeared, took her arm and led her back under cover. To his credit, Stripey never even grinned, but sympathetically and without fuss, saved the day.

Back at Polyarno we were told that the Russians could not keep our Norwegians in Russia, owing to the shortage of food, and that they had to be taken back to the U.K. These survivors were shared between the empty freighters and the escorting Royal Navy ships.

Convoy RA64 sailed from Kola for the U.K. on February 17th. A force 12 gale hit us and, on February 23rd, enemy torpedo bombers sank the U.S. freighter Henry Bacon. There were not enough places in her lifeboats for the whole crew AND nineteen Norwegian civilians, so twenty- six gallant crew men gave up their places and went down with the ship, thus ensuring the safety of the Norwegians.

I cannot confirm this rumour, but some months after the Soroy rescue we heard that a Rear Admiral Engineer (if there were any such exalted gentlemen) in Rosyth certified that the engines of Zealous had performed the equivalent of seven years hard work during the Soroy incident.

This is my memory of the Soroy incident.