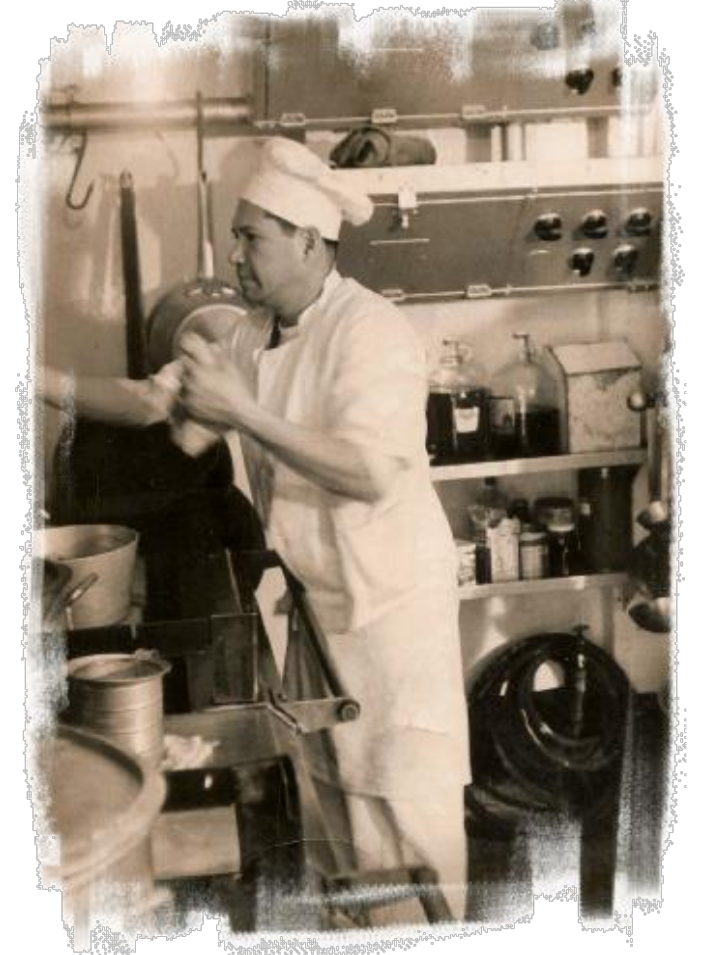 Restituto was born in the Philippines but ran away from home in his teens. In 1930 he moved to America where he found work as a seaman, a job that took him all over the world. He rose through the ranks to become Ship’s Cook, working literally in the belly of the vessel – the heat and pressure of the galley, making sure that like the army, the merchant navy also ‘marched’ on it’s stomach.

During the war, Restituto came very close to being another statistic in the ‘killed in action’ column on a number of occasions. Two in particular are well documented. His ship, the SS Barbara, was torpedoed and sunk by  U-126 on route to San Juan in 1942. Restituto made it to a life raft with 21 other survivors. They spent 3 days at sea before reaching Tortuga Island where help was found. According to his granddaughter: After all those days .. when they made land .. [Restituto] tasted the water the birds were drinking and then he watched which berries the birds were eating too. That’s how .. as the cook .. he fed and watered the survivors.

In 1945, Restituto served on the Liberty Ship, SS Thomas Scott on convoy RA64, which departed from Kola Inlet on the 17th February. That same day the Thomas Scott was torpedoed by U-968 and broke in two. The crew abandoned ship and were rescued by HMS Fencer. Restituto suffered injuries to his knee and back. It’s likely that after the rescue in February he remained in England, either recuperating in hospital or waiting for repatriation home to the U.S.A. He arrived back in New York on 27 July 1945.