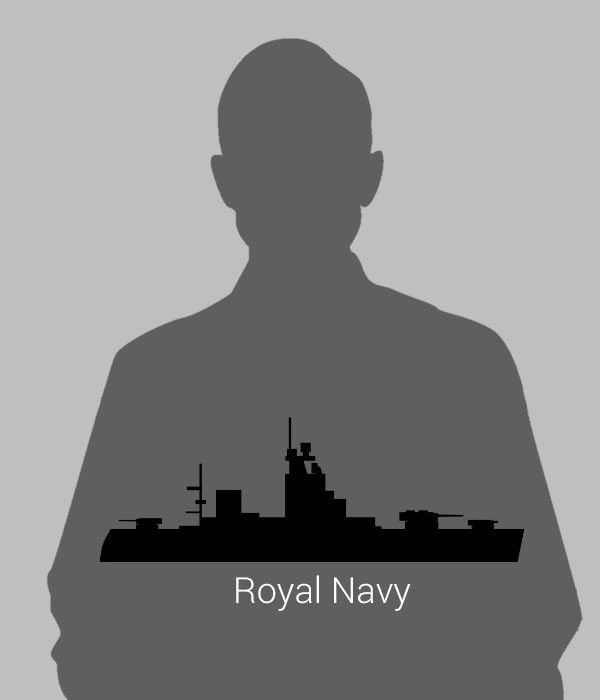 My late father, Robert Adams, served on HMS Volunteer as a Submarine Detector from August 1941 to September 1942.

Also serving on HMS Volunteer from July 1941 to September 1942 as a Coder, was Horace Reginald (Tug) Wilson. According to his obituary (dec 22nd June 2006) he made sketches of engagements and other shipping etc seen in the convoys. Many were censored, kept by the Navy or passed on to crewmembers of the ship.

This leads me to why I made contact with the family of H R Wilson. I have a painting of ships gathering in Loch Ewe painted by H R Wilson. I had it framed and keep it in pride of place. Two years ago, I managed to track down his two daughters. They explained that their father was a prolific artist and he often gave away his paintings to shipmates, which explains how my father came by the painting – it is remarkable that it made its way safely back to Scotland in all the mayhem that was going on.

HMS Volunteer patrolled the North Sea, The Baltic and Norwegian Waters protecting convoys to Russia. The Convoys in which Tug Wilson and my father were involved during the period July 1941 to September 1942 were: Outgoing Convoy PQ16; Returning Convoy QP13 – at one stage in this journey, the returning empty Convoy QP13 passed the full outgoing Convoy PQ17.This major opportunity was spotted by a German U-boat captain who asked for instructions to attack both Convoys at the same time. The reply was given to leave the empty returning Convoy alone and concentrate all resources on attacking the full outgoing Convoy PQ17 – the outcome of which is legend. I appreciate my resultant personal existence!