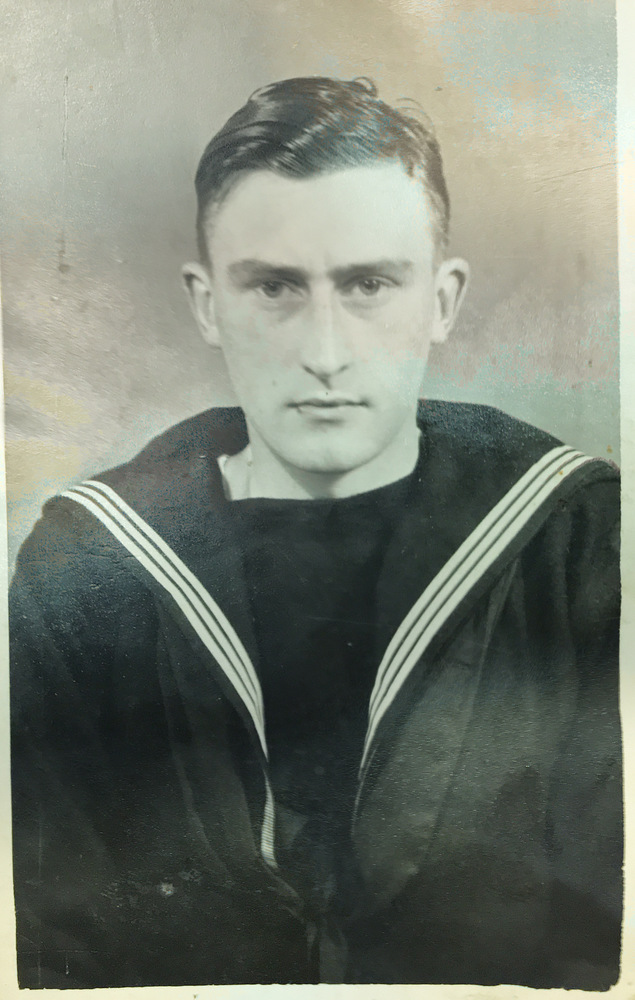 Roland was a Stoker 2nd Class in the Royal Navy. He served on H.M.S. Matabele.

The survivors were unable to release the Carley floats because they were frozen in their lashings and had to jump overboard. Some of them were killed when the depth charges of the sinking destroyer detonated, but the most died of hypothermia in the icy water before they could be rescued.

Only two of the four men picked up by HMS Harrier (J 71) survived.

The U-boat had reported an earlier hit on a destroyer at 18.54 hours and a previous shot that missed. All attacks were probably against the same destroyer. (Source Uboat.net entry, HMS Matabele).